Rasa - Human Rights Watch (HRW) says Myanmarese government forces have committed “rape and other sexual violence” against women and girls of the Muslim Rohingya ethnic minority while carrying out their so-called counter-militancy operations in the western province of Rakhine. 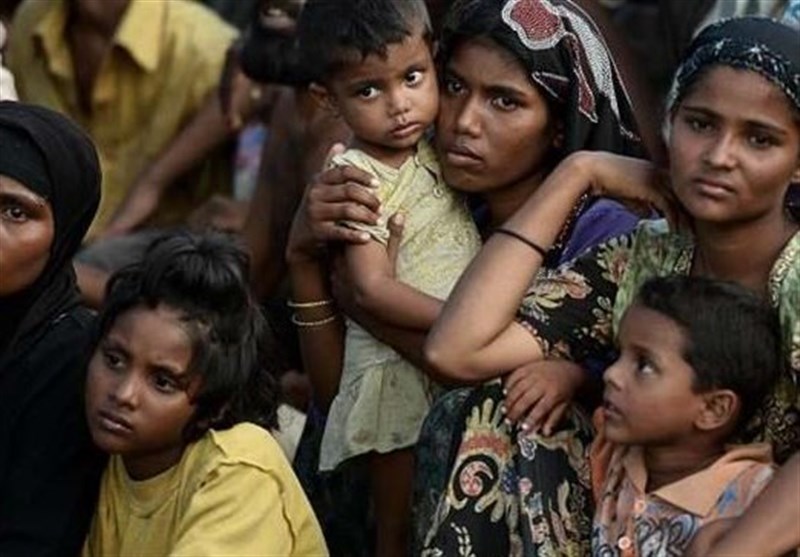 RNA - The rights group on Monday strongly called on the Southeast Asian country to immediately endorse an independent and international probe into the alleged abuses against the desperate Rohingya minority in the volatile region.

According to the statement, the sexual violence and assaults against female members of the minority, even as young as 13 year-old girls, seem not to be random or opportunistic, but can be considered a part of the “coordinated and systematic” violence against the minority.

“These horrific attacks on Rohingya women and girls by security forces add a new and brutal chapter to the Burmese military’s long and sickening history of sexual violence against women,” said Priyanka Motaparthy, a senior researcher in the Emergencies division of the rights group, adding that those military and police commanders who were not directly involved in the crimes should also be punished for dereliction of duty since they did not do everything in their power to curb the culprits.

While lambasting the horrific crimes, the statement added that Myanmarese authorities “have taken no evident steps” to resolutely probe into the allegations of sexual violence and other forms of abuse reported by rights groups, including the HRW.

The HRW’s statement is echoing a much similar report issued by the United Nations Office of the High Commissioner for Human Rights (OHCHR) on Friday, which revealed that more than half of the 101 interviewed Rohingya women had been raped or suffered other forms of sexual violence at the hands of government forces.

Last December, the rights group demonstrated, via satellite imagery and interviews with witnesses, that Myanmar’s military was behind the torching of a number of villages belonging to Rohingya Muslims in Rakhine, saying at least 1,500 buildings had been destroyed since October 2015 in the crisis-hit state.

The minority group has been under a military lockdown since an attack on the country’s border guards last October, which left nine police officers dead. The government accused the Rohingya of being behind the assault, but the minority flatly denied the allegations. There have been reports of a growing rise in the cases of rape, murder, and arson against the Muslim population in the state.

The military has blocked access to the region and banned journalists and aid workers from entering the zone.

Rakhine has also been the scene of communal violence at the hands of Buddhist extremists since 2012. Hundreds of people have been killed and tens of thousands have been forced from their homes and live in squalid camps in dire conditions in Myanmar, Thailand, Malaysia and Indonesia.

The government denies full citizenship to the 1.1 million-strong Rohingya population, branding them illegal immigrants from Bangladesh. However, many believe the Rohingya are a community of ancient lineage in Myanmar. According to the UN, the Rohingya are one of the most persecuted minorities in the world.

The bloody crackdown on the Muslims by the military has now prompted an international outcry, posing the biggest challenge to Suu Kyi since her National League for Democracy party won elections last year.

Tags: HRW Rohingya Myanmar
Short Link rasanews.ir/201n7o
Share
0
Please type in your comments in English.
The comments that contain insults or libel to individuals, ethnicities, or contradictions with the laws of the country and religious teachings will not be disclosed