Rasa - The White House has confirmed that Iran’s recent missile test was “not a direct violation” of the country’s 2015 nuclear deal with six major powers. 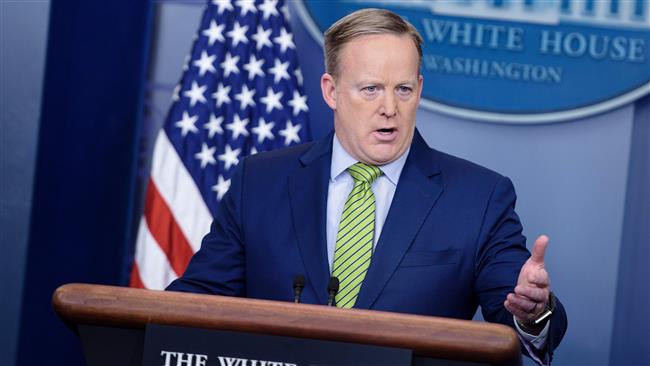 RNA - White House Press Secretary Sea Spicer made the remarks during an interview with the MSNBC on Friday, days after Tehran test fired a ballistic missile.

Known as the Joint Comprehensive Plan of Action, or JCPOA, the multilateral deal was reached between Iran and the P5+1 group— The US, Britain, France, China, Russia and Germany—in July 2015.

Trump has been critical of the deal, which entered into force in January last year and put limitations on Iran’s peaceful nuclear program in exchange for removal of all sanctions against the Islamic Republic.

Spicer’s comment came after Trump’s Treasury Department undermined the landmark deal by introducing new sanctions against a number of Iranian individuals and companies over the country’s latest missile test on Sunday.

Meanwhile, US House Speaker Paul Ryan said Friday that the deal was irreversible and would sustain the recent developments.

“A lot of that toothpaste is already out of the tube,” Ryan told NBC News on Sunday, when asked if the new US administration was going to back out of the JCPOA.

“I don't think you're going to go back and reconstitute the multilateral sanctions that were in place,” he added.

“I think the key is to rigorously enforce this deal. But also, remember, they’re testing ballistic missiles,” Ryan went on.

However, the powerful Republican figure said he opposed the deal since the beginning and Washington should “ratchet up” sanctions against Tehran.

“I think what this administration is doing, which I agree with, is saying, 'We have a new administration, and we're going to hold you, Iran, to account,'" Ryan said. "This last administration did not do that.”

Tags: US Iran Missile
Short Link rasanews.ir/201n6n
Share
0
Please type in your comments in English.
The comments that contain insults or libel to individuals, ethnicities, or contradictions with the laws of the country and religious teachings will not be disclosed