Rasa - Donald Trump's ascendancy to the White House is a dystopian perfect storm which is incredibly scary and dangerous, according to Daniel Patrick Welch, an American writer and political analyst. 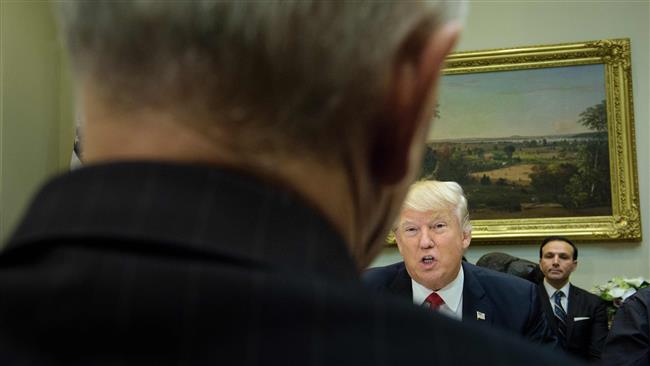 RNA - Welch, who is based in Boston, Massachusetts, told Press TV on Friday that President Trump is perfectly placed to continue the American empire's wars at a very dangerous point in history.

Welch was commenting on Trump’s recent "robust" telephone conversation with Australian Prime Minister Malcolm Turnbull in which he accused the PM of seeking to export the "next Boston bombers" to the United States.

According to The Washington Post, Trump blasted a refugee agreement between the Obama administration and Australia as "the worst deal ever,” before abruptly ending the conversation.

‘US drops Agent Orange on Turnbull’

“Well, the Trump-Turnbull thing—or as I like to call it, ‘the US dropping Agent Orange on Turnbull,’ I think is instructive on a number of different levels. First of all, it makes me think hmmm, and not exactly tongue-in-cheek, that this might be a good thing,” said Welch.

“I mean this guy is the perfect figurehead for an American polity that has been trying to hide itself, cloak itself in black face as it were, and this dumb, at least unlearned, uninterested in learning, blabber-mouthed, blustering, uninformed, racist, orange pig, who just is spouting around and angering everybody. The US should be isolated—and maybe this will make that true again,” he added.

‘Trump is the turd in the punch bowl’

“I also read somewhere else where someone said if Obama is the slick but empty Armani suit, then Trump is the turd in the punch bowl, so to speak. So it’s not about Trump, but it is about this ratcheting up or tightening up this fascist noose around the Americans,” the analyst said.

“Now whether you believe that he is the next Hitler, or if he is just the kind of racist orange icing on a fascist cake that’s been on the oven for 30 years, I don’t think it matters much at this point.  It is a dangerous thing and, and it’s definitely getting worst,” he said.

“You know, he is an out-and-out-racist. And he got to power by pandering to white nationalism, and he has neo-Nazis whispering in his ear. Then he also is complete continuity of the ugliest policies of the American empire going back not just to Obama but to all the presidents going back to Carter,” Welch said.

“So this thing with Turnbull and him showing himself to be like this crazed, unpredictable idiot, is helpful in this sense that it might wake people up. And people are starting to resist. But of course they have to resist in terms of what’s actually happening, against the wars of intervention, against all of these policies, not just with color-coordinated pink hats and spending the weekends at airports,” he noted.

“Those are great, those are very important for raising morale, getting people together, getting people to talk about the thing that they have been sleeping through for the last eight years. But if that doesn’t happen, then we are just left with the cake is pretty much fully baked,” the writer pointed out.

What has Trump inherited?

“The surveillance state is in place.  The police have been completely militarized.  You have this race bashing and stoking of white nationalism that’s going on all over Europe and all over the United States. You have killer cops that are getting away; you have outright suppression of dissent. These things are there. And this guy now inherits this machine, and it is incredibly scary and dangerous,” Welch stated.

“I hope that this is that silver lining: Since he is such a bad face that maybe the people around the world and people in the country will wake up and finally put a stop to it. But, you know, I have my doubts. But we have to hope, and fight on,” the commentator said in his concluding remarks.

Tags: Nazis Neo-Nazis US Trump
Short Link rasanews.ir/201n6f
Share
0
Please type in your comments in English.
The comments that contain insults or libel to individuals, ethnicities, or contradictions with the laws of the country and religious teachings will not be disclosed