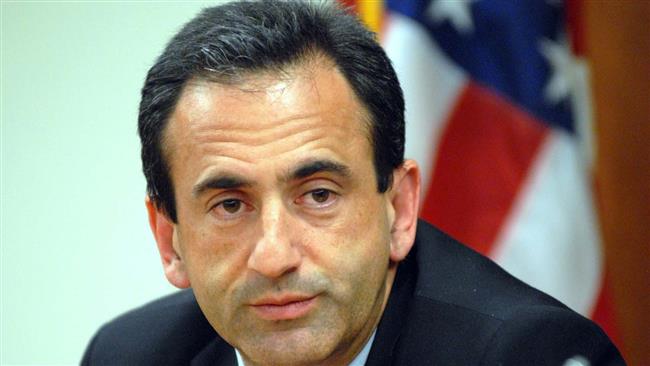 RNA - Philip Gordon, who was the White House’s coordinator for the Middle East, North Africa and the [Persian] Gulf region from 2013 to 2015, wrote in an op-ed published in The New York Times on Thursday that the administration of President Donald Trump would find it “so difficult” to turn its threatening words against Iran into action.

Trump, a self-admitted non-politician, has surrounded himself with top aides known for their bellicose stances toward Iran.

Gordon specifically pointed to recent rhetoric by Trump’s national security adviser, Michael T. Flynn, and said he had “set himself and the United States up for either an embarrassing retreat or a risky confrontation.”

Flynn, a retired US army lieutenant general who was fired by Obama as the director of the Defense Intelligence Agency but has been tapped as national security adviser by Trump, had said on Wednesday that the US was putting Iran “on notice” over its ballistic missile tests. Iran had earlier conducted a successful missile test.

Gordon said the US had a limited series of options to respond to the Iranian test-launches.

“While Trump administration officials have claimed to have a ‘large range’ of options to choose from in responding more effectively to Iran, the reality is that they do not,” he wrote in the Times piece.

Gordon said the Trump administration was “unlikely to find much international support” for any new sanctions against Iran.

The US administration was expected on Friday to introduce new sanctions against Iran over the recent missile test.

Gordon said that the tests have not been banned under a nuclear deal between the Islamic Republic and six other countries — including the US — or a United Nations Security Council resolution that endorsed the agreement. He implied that the US would not be able to get its European partners on board with new sanctions.

Iran and its international interlocutors, namely Russia, China, the UK, France, Germany, and the US, sealed the deal in July 2015. Days later, they took the deal to the Security Council to have it endorsed under a resolution. The UN document, Resolution 2231 (2015), merely calls upon Iran to refrain from engaging in any activity related to ballistic missiles “designed to be capable of” carrying nuclear warheads.

Iran says it is not involved in any such missile work and has no such warheads. In fact, under the nuclear deal, Iran has put its nuclear activities under unprecedented international monitoring, and the International Atomic Energy Agency (IAEA), the organization tasked with doing the monitoring work, has repeatedly verified the peaceful nature of the Iranian nuclear program.

Trump, who has since taking office been busy undoing almost every major policy enforced by Obama, has also adopted a belligerent approach toward the nuclear deal, which the Obama administration, along with the five other countries, negotiated with Iran.

Gordon said the former Obama administration did attempt to include a prohibition on Iranian missile tests in the nuclear deal when it was under negotiation but failed.

“Why? Because... not just Russia and China but even our European allies in the nuclear negotiations refused. They argued that the ballistic missile ban was put in place in 2010 only to pressure Iran to reach a nuclear deal, and they refused to extend it once that deal had been concluded.”

The US ex-diplomat also said that if Trump sought to back up Flynn’s words with action, he would “need to be prepared to manage the consequences.”

He then enumerated Iran’s “own range of response options” to an American military aggression and drew attention to the escalatory consequences of such US adventurism.

“I hope that President Trump met with his military advisers and thought this all through before sending Mr. Flynn out to make his remarks,” Gordon said, referring to the national security adviser’s Wednesday remarks.

While the former American official said he was not arguing against responding to what he called Iranian “provocations,” he concluded his article by saying that a wide range of other options to be exploited by the US were “more advisable than bluster and ambiguous public red lines that would be hard to enforce.”

Iran says its missile tests, defensive in nature, are matters of internal policy and no foreign country is allowed to interfere in that area.

Tags: US Iran Trump
Short Link rasanews.ir/201n6Q
Share
0
Please type in your comments in English.
The comments that contain insults or libel to individuals, ethnicities, or contradictions with the laws of the country and religious teachings will not be disclosed