Rasa - Iraq has roundly rejected US President Donald Trump’s recent remarks that Iran is “taking over” the neighboring Arab country. 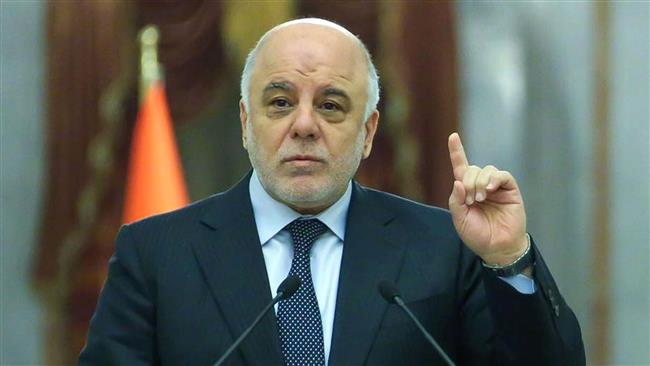 “Iraq is an independent country, and not influenced by any other state,” Hadithi said in a statement.

When taking decisions, Iraq acts freely and independently, said the Iraqi official, adding that the country’s territorial integrity was respectable.

The statement further said the Iraqi government brooks no invasive or interventionist measure against the Arab state by any other country.

“We have reciprocal relations and interests with many other world and neighboring countries. These relations, however, have not been shaped based on negligence for Iraq’s territorial integrity and independence in decision making,” the official added.

Iran was among the first countries that rushed to Iraq’s help when the Daesh terror group in 2014 unleashed a campaign of death and destruction in the northern and western parts of the neighboring Arab state.

At Baghdad’s request, Tehran has been providing military advisory assistance to the Iraqi forces, enabling them to make numerous gains against Daesh terrorists on the battleground.

The United States invaded Iraq in 2003 based on allegations that the country harbors weapons of mass destruction. The claims were later proven to be groundless, but the invasion and the ensuing chaos went on to kill and displace thousands across Iraq.

Last month, Germany’s Vice Chancellor Sigmar Gabriel said in widely-reported remarks that the United States wars and its “flawed interventionist policy” had destabilized the Middle East, causing an increasing number of people to flee the region to seek asylum in Europe.

The US president, himself, acknowledged in the tweet that “the US has squandered three trillion dollars” in Iraq.

Despite the experience, Washington and dozens of its allies formed a military alliance in 2014 with the declared aim of rooting out the Takfiri Daesh terror group. Now in its third year, the mission has failed to fulfill the avowed goal.

In recent weeks, the new administration in Washington has adopted a tough line in dealing with both Iran and Iraq.

Last week, trump slapped a 90-day ban on the entry of Iranian and Iraqi citizens, among those of five other Muslim-majority nations, drawing strong condemnations from Baghdad and Tehran.

Tags: Iran Iraq
Short Link rasanews.ir/201n6O
Share
0
Please type in your comments in English.
The comments that contain insults or libel to individuals, ethnicities, or contradictions with the laws of the country and religious teachings will not be disclosed