Rasa - Recent anti-Muslim orders and policies adopted by the US president will play into the hands of terrorist groups, the British Daily Telegraph reported. 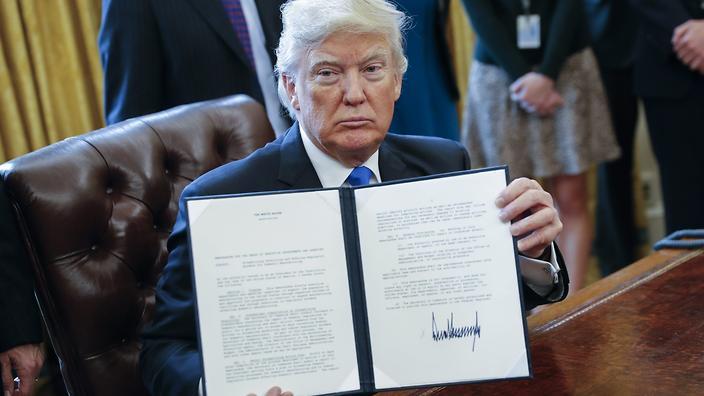 RNA -  In an article written by the daily’s Defense Editor, Con Coughlin, the recent anti-Muslim policies in the US including the travel ban executive order, are described as an empowering factor for the propaganda used by terrorist groups to attract new members.

“Ever since terror groups like al-Qaeda first launched themselves on the world stage with their unique brand of violence two decades ago, their principal aim has been to wreak mayhem in the Western world,” the article says.

“The reason, for example, that law-abiding citizens are subjected to intrusive security checks every time they visit an airport is because of al-Qaeda’s novel use of liquid chemicals to detonate bombs on airborne aircraft,” it goes on to sat.

The writer further goes on to describe the recent wave of extreme measures, primarily targeting Muslim population as a factor that justifies the propaganda by terrorist groups that they are fighting to defend Muslims against discrimination.

The justification provided by intelligence-gathering agencies such as America’s National Security Agency and our own GCHQ for accessing private email accounts and mobile phones is their need to disrupt Islamist terror cells before plots come to fruition. Now American President Donald J. Trump has added further to the climate of hysteria that characterizes the West’s response to terrorism with his blanket ban on people travelling from seven Muslim majority countries, the article writes.

The writer says contrary to Trump’s claims that such measures add to the national security of his country, none of terrorist attacks in recent US history were committed by people traveling from these countries.

Donald Trump signed an executive order on Friday banning those born in Iran, Iraq, Syria, Somalia, Sudan, and Libya from traveling to the country.

Tags: Muslim Terrorist Propaganda Trump
Short Link rasanews.ir/201n62
Share
0
Please type in your comments in English.
The comments that contain insults or libel to individuals, ethnicities, or contradictions with the laws of the country and religious teachings will not be disclosed