US president’s ban not against any religion

Rasa - The Emirati foreign minister has defended US President Donald Trump's decision to ban nationals of seven Muslim-majority countries from traveling to the United States, saying the measure is not anti-Islam. 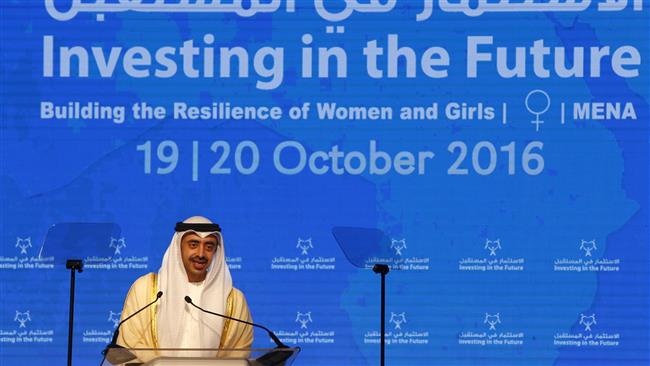 RNA - "The United States has taken a decision that is within the American sovereign decision," Sheikh Abdullah bin Zayed Al Nahyan said at a joint press conference with his Russian counterpart Sergei Lavrov in Abu Dhabi on Wednesday.

The Emirati foreign minister said the ban, which has led to protests inside the US and sparked huge international criticism from several countries, including Europe’s powerful states as well as Muslim nations, was an internal affair.

It is “wrong to say” that the decision is “directed against a particular religion,” said the Emirati official, whose country is a close ally of the US.

On Friday, the new US president ordered a 90-day ban on the entry of citizens of Iran, Iraq, Syria, Libya, Somalia, Sudan and Yemen. The measure also suspended entry of all refugees for 120 days and barred Syrian refugees indefinitely.

Despite widespread protests, Trump has stood firm on his decision, insisting on the legality and non-religious premise of his orders.

“To be clear, this is not a Muslim ban, as the media is falsely reporting,” Trump said in a statement on Sunday.

The 90-day ban has left untouched the countries, including Saudi Arabia, which are associated with major attacks in the West.

Two Emiratis and 15 Saudis were among the hijackers of planes in the September 11, 2011 attacks on the United States.

Tags: Muslim US Trump Emirate
Short Link rasanews.ir/201n5n
Share
0
Please type in your comments in English.
The comments that contain insults or libel to individuals, ethnicities, or contradictions with the laws of the country and religious teachings will not be disclosed