Rasa – Ahmad al-Bahrani said that Donald Trump’s exemption of Saudi Arabia and other Persian Gulf countries’ citizens from entering the US as part of his recent “Muslim Ban” is another proof for the reality of the Saudi-US relationship. 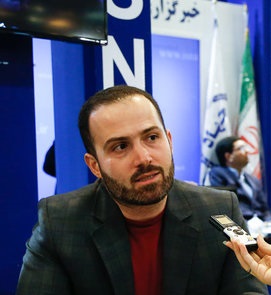 RNA – In an interview with Rasa News Agency, Ahmad al-Bahrani, an Iraqi-Iranian political analyst, said that he doesn’t not see much change in the policies of the Persian Gulf in regard to the signing of the Joint Comprehensive Plan of Action (JCPOA) between the P5+1 group of countries and Iran after the election of Donald Trump as the president of the United States.

The reporter and representative for Iraq’s al-Rashid television channel in Iran added that it should be noted that Persian Gulf countries are extremely worried about the arrival of the new Trump administration and see it as a threat to all countries in the region. For this reason, it isn’t in their interests to damage any nuclear deal.

He said that Trump has directly and explicitly threatened the Persian Gulf countries and we can even consider the danger of the Trump for these countries to be greater than the threat of the Trump to Iran and Syria so they tried to forestall the announcement of their opposition to the abolition of the JCPOA so that Trump cannot embroil the region in a new crisis.

al-Bahrani stressed that it seems that Trump has somewhat moderated his stance toward the Persian Gulf countries and referred to softening of Trump’s remarks against Saudi Arabia, saying, “The Persian Gulf monarchies have spent huge sums of money to buy weapons from the US and the new Trump administration knows very well that any serious threat to these countries can stop this significant amount of revenue. The same issue also led to Trump’s withdrawal of the positions and statements he made during his campaign speeches.”

The political analyst referred to the common interests of Saudi Arabia and US in the region and noted that Trump doesn’t have the ability to end the relationship and ignore these common interests. “Trump is a businessman and puts profit and loss before any action. If he wants to fulfill his promises and threats, he will suffer from losses and will never accept it,” he said.

al-Bahrani noted that Saudi Arabia and US will continue their relationship and Trump’s phone call with King Salman on Sunday demonstrated the same message and said, “Trump’s exemption of Saudi Arabia and other Persian Gulf countries’ citizens from entering the US as part of his recent ‘Muslim Ban’ is another proof for the reality of the Saudi-US relationship.”

He criticized the indifference by most Islamic countries to take action against Trump’s racist actions and said that only Iran and Iraq have seriously reacted to the “Muslim Ban,” saying, “This is a dangerous move that targets Muslims and it requires a comprehensive response by Islamic countries and organizations but all these countries are entangled in marginal and internal differences and are silent in regard to the fundamental problems of the Muslim world.”

Tags: Muslim‌ ‌Ban Ahmad al-Bahrani US Iran JCPOA Persian Gulf Trump Saudi Arabia Islamic Republic of Iran Donald Trump Saudi USA
Short Link rasanews.ir/201n51
Share
0
Please type in your comments in English.
The comments that contain insults or libel to individuals, ethnicities, or contradictions with the laws of the country and religious teachings will not be disclosed