Trump won’t be able to implement his Muslim ban plan

Rasa - US President-elect Donald Trump will not succeed in implementing his plan to temporarily ban all Muslims from entering the United States. 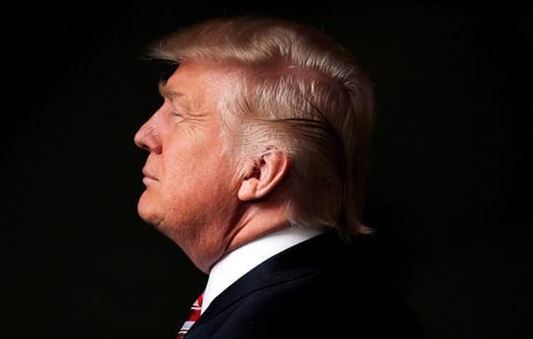 RNA - Dave Lindorff, an author and investigative journalist based in Philadelphia, made the remarks in an interview Press TV on Friday while commenting on reports which show that Trump is determined to make good on a campaign promise of imposing a travel ban on Muslims.

During his presidential election campaign, Trump had called for a "total and complete shutdown of Muslims entering the United States." But he had not emphasized the controversial proposal since his victory in the November 8 election.

On Wednesday, however, Trump declined to back off the Muslim immigration suspension plan.

Asked whether the recent deadly attack at a market in Berlin has him reconsidering his proposals, including establishing a network to register and trace Muslims living across the US and closing down mosques, Trump answered vaguely, according to Politico.

“You know my plans,” Trump said, adding, “All along, I’ve been proven to be right, 100 percent correct.”

Lindorff said that “this is something that he used to win votes during the election. And it plays to this very nativist attitude in the US that people think all Muslims are terrorists. And it’s ludicrous.”

“There are more than 1.6 billion Muslims and most of them live in countries that haven’t produced a single terrorist. So the idea of blocking everybody from coming is really pointless, and a totally unconsequentional idea,” the analyst stated.

“I am not sure that he would get away with it. I am sure there will be lawsuits that will go to the courts if he tries to it,” he said.

“But it’s his effort to make good on a campaign promise. So he probably will try to do it. It’s something that benefits him in terms of being able to say that he is honoring his campaign pledge. I don’t think that he will succeed though,” the writer emphasized.

Trump’s campaign had been hit with many controversies since its inception in early 2015. But he still managed to stun the world by defeating the heavily-favored Democratic candidate, Hillary Clinton, in the November 8 election.

Thousands of people since then have rallied in cities across the US to protest against Trump's victory, condemning his controversial campaign rhetoric against Muslims, immigrants, women and other groups.

The real estate mogul's controversial comments include a call to ban all Muslims from coming to America as well as stopping Mexican migrants by building a long wall along the US-Mexico border.

He has also sought a database to track Muslims across the United States and said that the US would have "absolutely no choice" but to close down mosques.

Tags: Muslim Mosque Trump
Short Link rasanews.ir/201mow
Share
0
Please type in your comments in English.
The comments that contain insults or libel to individuals, ethnicities, or contradictions with the laws of the country and religious teachings will not be disclosed