Rasa - Iran’s Foreign Ministry slammed US President Barack Obama’s accusation that Iran has blood on its hand in recent developments in Syria’s Aleppo, describing it as a sign of Washington’s deep anger at the defeat of terrorist groups that have benefited from the backing of the US. 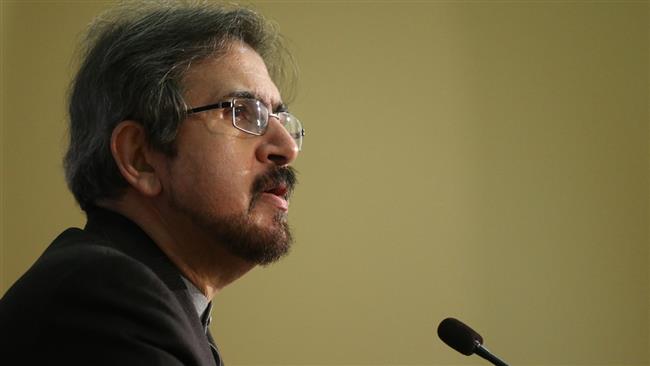 RNA - What has happened in Syria is against the expectations of certain regional and trans-regional countries that had been dreaming of overthrowing Syrian President Bashar al-Assad’s government within a year, Iranian Foreign Ministry Spokesman Bahram Qassemi said on Monday.

He underlined that the Syrian army’s decisive operation over the past two months that led to liberation of the city of Aleppo from terrorist groups has put the enemies in a “difficult situation” and made them look for excuses to accuse others.

“We see Obama’s (anti-Iran) remarks as a result of anger, because the terrorist groups that they (Americans) themselves have armed were defeated,” Qassemi added, expressing the hope that Syria would get rid of all terrorist groups.

The reaction came after the outgoing US president accused Iran, Russia and Syria of having "blood on their hands" from the takeover of Aleppo.

The Syrian army took nearly all remaining terrorist-held parts of Aleppo last week after a four-year battle. Hundreds of foreign-backed terrorists have surrendered in Aleppo in recent days.

However, the evacuation of people from Aleppo has been hampered as the terrorist groups violated an agreement with the Syrian government by trying to take hostages with them.

Syria has been gripped by civil war since March 2011 with various terrorist groups, including Daesh (ISIL), controlling parts of it.

Tags: US Iran Syria Aleppo
Short Link rasanews.ir/201mnD
Share
0
Please type in your comments in English.
The comments that contain insults or libel to individuals, ethnicities, or contradictions with the laws of the country and religious teachings will not be disclosed