Rasa - Iran has denied a claim by the “Taliban terrorist group” that the outfit has “relations” with the Islamic Republic.​ 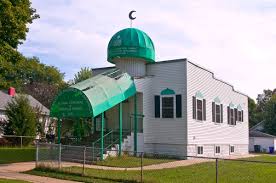 RNA - If we were to believe the images in some political campaign commercials, Cedar Rapids would have burned to the ground long ago. Hooded figures, murder in their eyes, guns in their hands, “Allah Akbar” on their lips; this is the vision too many have of Islam in America.

All the while, there stands in Cedar Rapids a building that offers a quiet, persistent refutation of that vision. The Mother Mosque symbolizes neighbors, not enemies; a part of the fabric of Cedar Rapids that is enduring, interwoven, and peaceful.

Tucked back into the Ellis neighborhood, it is easy to forget that the Mother Mosque has stood there since 1934, the longest standing mosque in North America, and is listed on the National Register of Historic Places. The Muslim community has been a consistent part of Cedar Rapids since that time, but they outgrew the small building in Ellis, moving to their current location in 1971. The building was used for a number of purposes for some years, until it was reclaimed and restored in 1992, to stand as a sign of the 80 year presence of the Muslim community in our city. In Cedar Rapids, and thus in this country, Muslims are not some recent alien invasion, but long-standing neighbors.

Their neighbor status is symbolized by the location and appearance of the Mother Mosque. In 1992 the decision was made to restore the building in its present location, not to move it to somewhere more prominent and visible. It is important that it does not sit on a major thoroughfare, under bright lights as a typical memorial. Rather, it sits back in a neighborhood, nestled comfortably among homes. Beyond a few embellishments, its appearance is not exotic; without its dome and crescent, the white, rectangular, prairie style building could pass for a turn of the century retail shop or even a small Christian church. Its presence calls no special attention: the street is, more often then not, relatively quiet; the occasional car passing or person strolling the sidewalk past the Mother Mosque as its neighbors go on with the business of their everyday lives. The lack of special attention called by its location and appearance is a key part of its message: speaking firmly and quietly to the passer-by, “we belong here.”

Thus the oldest mosque in North America sits, peacefully, in a neighborhood, as does the community that it represents. It sits as silent rebuttal to the idea that has been suggested of a ban on Muslim immigrants, for in 80 years there has never been an instance of Muslim violence in Cedar Rapids, nor does there ever promise to be. The brooding faces of ISIS do not live here. The quiet face of the Mother Mosque asserts: “We have lived here quietly for 80 years, why should the next 80 be any different?”

Tags: US Mosque
Short Link rasanews.ir/201mTv
Share
0
Please type in your comments in English.
The comments that contain insults or libel to individuals, ethnicities, or contradictions with the laws of the country and religious teachings will not be disclosed