Rasa - An Israeli politician, known for his routine expressions of extremist viewpoints, has once again called for the annexation of the occupied Palestinian territory of the West Bank as a “Zionist response” to a potential resolution by the United Nations Security Council (UNSC) against Israel. 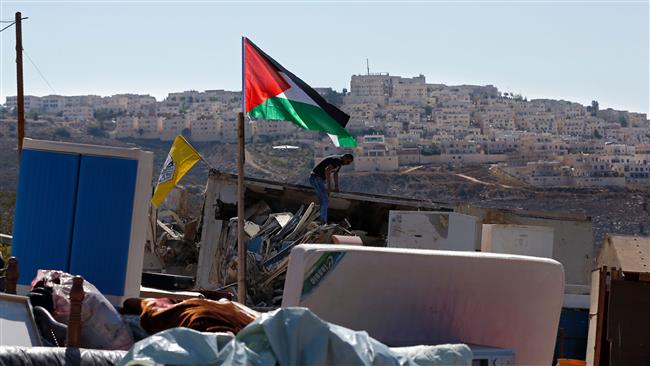 RNA - Naftali Bennett, the hawkish Israeli education minister, said on Sunday night that the Tel Aviv regime should annex the West Bank, where illegal Israeli settlements have prompted the drafting of a resolution by Palestinians at the UNSC.

“There is a discussion that in the coming months the UN Security Council will force a resolution on Israel. If that happens, we need to have an appropriate Zionist response, immediate sovereignty over Judea and Samaria,” Bennett said, using a name used by Israel for the occupied Palestinian territory.

The United States, a permanent UNSC member and a close ally of the Israeli regime, is likely to veto any such resolution, however.

More than half a million Israelis live in over 230 settlements built since the 1967 Israeli occupation of the Palestinian territories of the West Bank and East Jerusalem al-Quds, which are regarded by the UN and most countries as illegal.

Palestinians want the West Bank as part of their future independent state, with East Jerusalem al-Quds as its capital; but the presence and continued expansion of the illegal Israeli settlements in occupied Palestine have dimmed such a prospect.

Referring to the scheme for the annexation of the West Bank, Bennet further said, “The UNSC council [sic] resolution should be a trigger to put this plan into action.”

Bennett had made similar remarks earlier this month by saying that Israelis must “give their lives” to ensure the annexation of the occupied West Bank. Back then, he had not mentioned the potential UNSC adoption of the resolution, however.

The Israeli regime’s construction of illegal settlements in the occupied Palestinian territories was denounced by a special UNSC session on October 15 in what was seen as paving the way for a Council resolution against Israel.

Tags: Israel Palestine
Short Link rasanews.ir/201mTs
Share
0
Please type in your comments in English.
The comments that contain insults or libel to individuals, ethnicities, or contradictions with the laws of the country and religious teachings will not be disclosed