Rasa - An anti-Muslim member of the parliament in the Netherlands, Geert Wilders, is going on trial for inciting hatred and racism in the country. 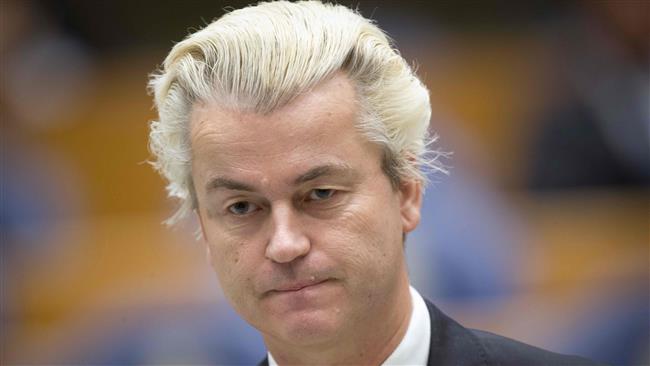 RNA - A court hearing will begin against Wilders, a member of the parliament and the leader of the far-right opposition, at 0830 GMT at a high-security courthouse on one charge of discrimination and a second for inciting hatred against Moroccans.

A three-judge bench will decide whether the 53-year-old Wilders insulted a racial group and incited racial hatred in comments he made about Moroccans living in the Netherlands during a rally in early 2014.

He has called the Moroccans in the Netherlands “scum.” On Friday, he said he had no regrets about the abusive remark.

Moroccans make up approximately two percent of the Netherlands population of roughly 17 million. Wilders claims the Moroccans comprise a disproportionate share of welfare recipients and that they have integrated poorly after coming to the Netherlands as simple laborers decades ago.

He has said he would not be attending the court hearings, and has called the legal proceedings “a political trial.” Under Dutch law, he is leaving his defense to his lawyers.

Wilders has also called the trial an attempt to strip him of what he said is his right to free speech.

This is the second time Wilders is being tried under Dutch hate speech laws for inciting racial hatred. He was exonerated of all charges the previous time.

The new verdict is due in December, just months before a March 15 parliamentary election, in which Wilders’ Freedom Party is competing for first place.

Tags: Muslim Dutch
Short Link rasanews.ir/201mTq
Share
0
Please type in your comments in English.
The comments that contain insults or libel to individuals, ethnicities, or contradictions with the laws of the country and religious teachings will not be disclosed