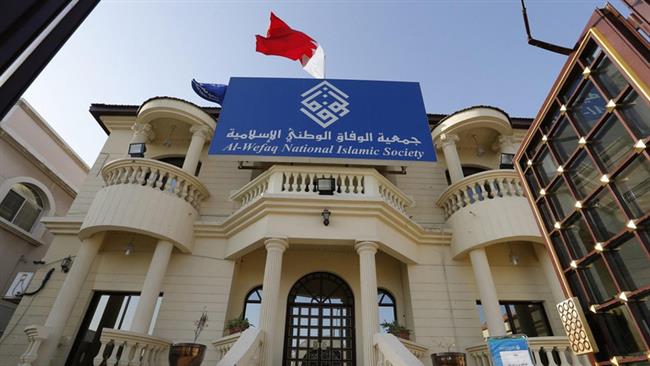 RNA - “Al-Wefaq has filed an appeal to the Court of Cassation” against its dissolution and the seizure of its assets, AFP quoted an unnamed judicial official as saying on Sunday.

In June, a Bahraini lower court ordered the closure of al-Wefaq offices. One month later, the court ruled the dissolution of the group over alleged accusations of "harboring terrorism," inciting violence and encouraging protests that threatened to spark sectarian strife. It further ruled that al-Wefaq’s funds must be seized by the Manama regime.

Bahraini security forces arrested Sheikh Ali Salman, al-Wefaq’s secretary general, in December 2014 over charges of attempting to overthrow the Bahraini regime and collaborating with foreign powers. The allegations, however, were rejected by the cleric, saying he had pursued reforms in the country through peaceful means.

In May, a court increased from four to nine years the prison term for Salman, but on October 17, Bahrain’s Court of Cassation overturned his prison term and ordered a retrial.

The ruling on the dissolution of the group sparked criticism from the United Nations as well as the Al Khalifah regime's allies in Washington and London.

On September 22, the appeals court upheld the lower court's July decision despite the fact that al-Wefaq's defense team had withdrawn proceedings in protest at Manama’s push for the acceleration of the trial.

On October 20, Bahraini regime forces stormed the offices of al-Wefaq, seizing the property. The raids came after the Shia opposition group slammed Manama for its decision to host an Israeli delegation.

An administrative court in Manama ordered the confiscated assets of the banned group to be auctioned on October 26. The auction was then postponed to November 6.

Al-Wefaq was the biggest group in the country’s parliament before its lawmakers stepped down en masse in protest at the regime’s crackdown on peaceful demonstrations in 2011, calling for an elected government in the form of a constitutional monarchy. Political parties are banned in the Persian Gulf’s tiny kingdom, therefore the group operated as an association.

Since mid-February 2011, Bahrain, a close ally of the US in the Persian Gulf region, has been the scene of one of the largest popular uprisings in its history, with the protesters holding rallies, almost on a daily basis, demanding an end to the longtime rule of the Al Khalifah family and the establishment of democracy in the country.

Scores of people have lost their lives and hundreds of others have been injured or arrested as a result of the regime’s crackdown on peaceful anti-regime activists.

Tags: Al Wefaq bahrain
Short Link rasanews.ir/201mTa
Share
0
Please type in your comments in English.
The comments that contain insults or libel to individuals, ethnicities, or contradictions with the laws of the country and religious teachings will not be disclosed