Rasa - Iranian Foreign Minister Mohammad Javad Zarif is in the Russian capital, Moscow on Friday morning for a visit that includes a trilateral meeting with his Russian and Syrian counterparts. 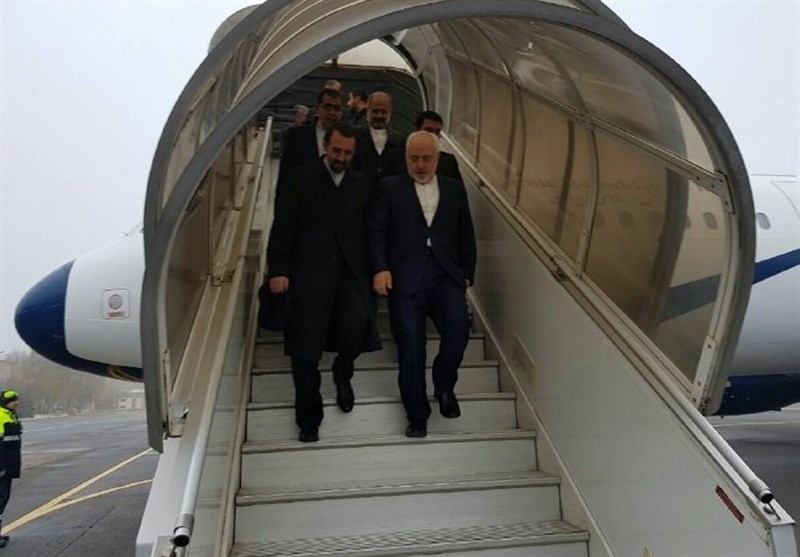 RNA - Heading a diplomatic delegation, the top Iranian minister is going to hold talks with Russia’s Sergei Lavrov on the latest regional and international developments, particularly the situation in Syria and Iraq.

After luncheon, Zarif and Lavrov will be joined by their Syrian counterpart Walid al-Muallem for trilateral talks.

Syria has been gripped by civil war since March 2011 with various terrorist groups, including Daesh (ISIL), currently controlling parts of it.

In the meantime, Iran and Russia have remained close allies of Syria and support its legitimate government in the face of foreign-backed militancy.

Tehran insists that the Syrian nation is the only side that has the right to shape the future of its own country, rejecting foreign intervention with the use of force.

Tags: Iran Syria Russia
Short Link rasanews.ir/201mSf
Share
0
Please type in your comments in English.
The comments that contain insults or libel to individuals, ethnicities, or contradictions with the laws of the country and religious teachings will not be disclosed