Top US military commander in Saudi Arabia to ‘maintain confidence’

Rasa - A senior US military commander has traveled to Saudi Arabia to hear the monarchy’s concerns about the future of US-Saudi ties, amid mounting international pressure on the kingdom for its ruthless war against Yemen. 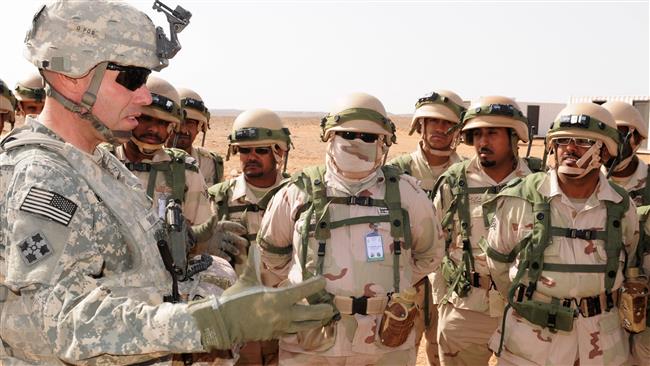 RNA - US Central Command Commander General Joseph Votel met on Monday with high-ranking Saudi officials including the defense minister, Deputy Crown Prince Mohammed bin Salman, the AFP reported Tuesday.Votel said that addressing the Riyadh regime’s concerns about the recent frictions over the Yemen war was high on his agenda.

"The first thing we are trying to do is listen to what they are telling us. It's important to maintain confidence in the relationship," he said.

Military cooperation and what Saudi media referred to as joint efforts in “combating terrorism” were some of the other topics discussed in the meetings.

The US has been a fierce supporter of Riyadh's war against its poverty-stricken southern neighbor, providing Riyadh with weapons and intelligence ever since the unprovoked invasion began in March 2015.

Ignoring the Yemeni death toll of more than 10,000 resulting from the months-long military aggression, the US Department of State approved the sale of more than 130 Abrams tanks, 20 armored recovery vehicles and other equipment worth about $1.15 billion to Saudi Arabia in August.

The unconditional support did not stop even after Saudi warplanes attacked a funeral in Sana’a earlier this month, killing over 100 people and injuring hundreds more

Following the deadly attack, the US said it would reconsider “our already significantly reduced support to the Saudi-led coalition and are prepared to adjust our support so as to better align with US principles, values and interests.”

Days later, however, a new report by Reuters stated that US President Barack Obama had authorized new arms deals with Saudi Arabia despite warnings from his aides that Washington “could be implicated in war crimes.”

Tags: US Saudi
Short Link rasanews.ir/201mRg
Share
0
Please type in your comments in English.
The comments that contain insults or libel to individuals, ethnicities, or contradictions with the laws of the country and religious teachings will not be disclosed