Rasa – During a meeting which was held at Ayatollah Safi-Golpaygani’s house, Hujjat al-Islam Hoseyninejad remarked, “The Holy Shrine of Lady Masumah will establish its caravan on the road from Najaf to Karbala this year to host pilgrims during the Arba’in ceremony.” 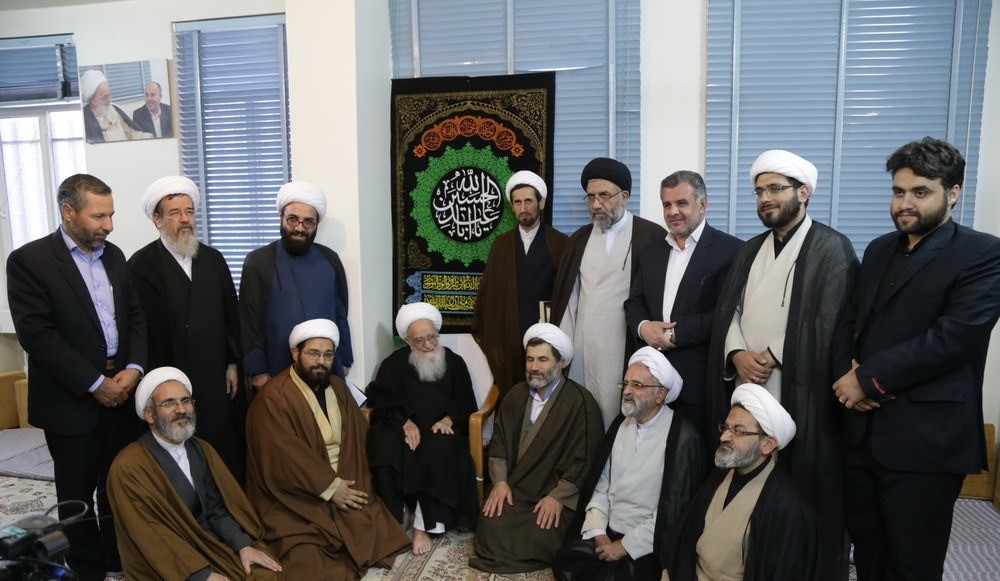 RNA – During a meeting which was held at Grand Ayatollah Lotfollah Safi-Golpaygani’s house on Monday, October 24, Hujjat al-Islam Hoseyninejad remarked, “The Holy Shrine of Lady Masumah will establish its caravan on the road from Najaf to Karbala this year to host pilgrims during the Arba’in ceremony.”

He stated that they met with custodians of the Iraqi shrines, as well as the local authorities, after holding several meetings and discussions the Iraqi side showed their support and enthusiasm for holding this caravan.

Elsewhere in his remarks, Jahangirzadeh referred to last years’ caravan adding, “This year, a land with an area of 12,000 square metres has been bought to host Lady Masumah’s caravan. We’re going to offer as many as 10,000 free meals to pilgrims every day in addition to other medical and cultural services which we’re going to provide for them.”

The vice-executive of the Holy Shrine of Lady Fatimah al-Masumah added, “There will be forty medical staff in the caravan consisting of physicians, specialists, as well as nurses ready to provide medical care to pilgrims.”

He added, “However, our major focus would be on cultural programs such as performing congregational prayers three times a day, offering religious question and answer sessions in different languages, familiarizing the pilgrims with the lives of Lady Fatimah and Lady Masumah and other activities.”

Tags: Safi-Golpaygani Arbain Ayatollah Safi-Golpgaygani Ashura Arba’in Fatima Masumah Safi Arbaeen Ayatollah Safi Golpaygani Masumah Ayatollah Safi
Short Link rasanews.ir/201mRa
Share
0
Please type in your comments in English.
The comments that contain insults or libel to individuals, ethnicities, or contradictions with the laws of the country and religious teachings will not be disclosed