Iran’s Velayati Cautioned Iraq about US Plot after Mosul Liberation

Rasa - Secretary-general of the World Assembly of Islamic Awakening Ali Akbar Velayati hailed Iraqis’ recent victories over terrorist groups in operation to liberate Mosul, but at the same time warned that Baghdad should be vigilant about US plot after the city liberation. 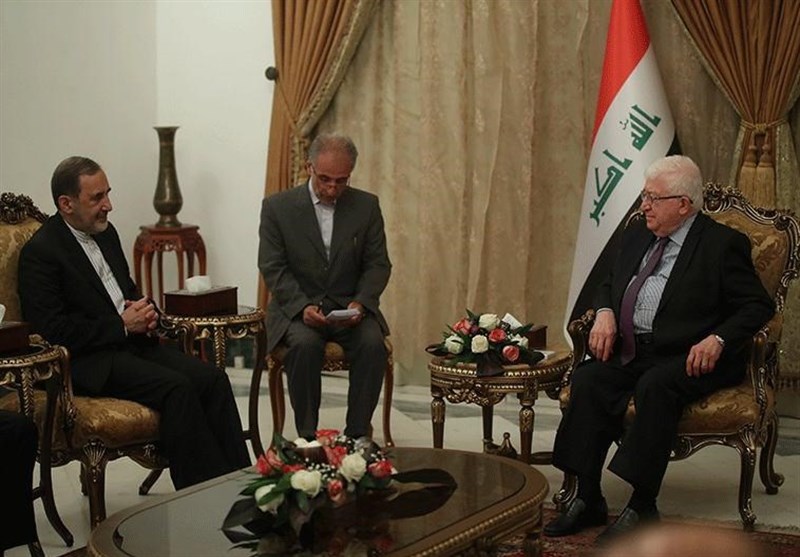 RNA - “The reconstruction of Iraq after the liberation of Mosul is a very important issue, but we should not neglect the Americans’ plots,” Velayati said in a meeting with Iraqi President Fuad Masum in Baghdad on Thursday.

As regards US plot, Velayati, who is also the Head of the Strategic Research Center of Iran’s Expediency Council, said Americans are trying to transfer Daesh (also known as ISIL) terrorists to Syria in a bid to redeploy them to Iraq whenever there is a chance.

Pointing to the recent massive operation to push terrorists out of Mosul, the Iranian official hailed Iraqi nation and government's victories, and said, “We consider Iraq’s problems as our problems and its victories as our victories.”

Velayati further underscored the necessity for unity among Iraqi people, saying that the unity has already thwarted plans to disintegrate the Arab country.

Also at the meeting, Masum said that “good achievements” have been made in the ongoing war against Daesh, and praised Iran’s stances on the threats posed by the terrorist groups and the necessity to confront them.

He affirmed that Baghdad should draw necessary plans for the era after the liberation of Mosul, and expressed the hope that Iran could play its role in the reconstruction of the war-torn regions.

The comments came against a backdrop of a large-scale military operation to liberate Iraq’s northern city of Mosul.

The start of the long-awaited assault has raised some concerns about hundreds of thousands of civilians trapped in Iraq's second-largest city, with aid groups warning of a massive humanitarian crisis.

Iraqi Prime Minister Haider al-Abadi has announced that the Army is "advancing faster than expected" in the offensive to recapture Mosul from Daesh.

Tags: Iran Mosul Iraq
Short Link rasanews.ir/201mQ7
Share
0
Please type in your comments in English.
The comments that contain insults or libel to individuals, ethnicities, or contradictions with the laws of the country and religious teachings will not be disclosed