Russia, US officials exchange views on situation in Syria’s Aleppo

Rasa - Senior Russian and US officials have held talks aimed at agreeing on a way to separate al-Qaeda-linked terrorists from other militants fighting against the Damascus government in Aleppo, in a bid to break the deadlock in the embattled Syrian city. 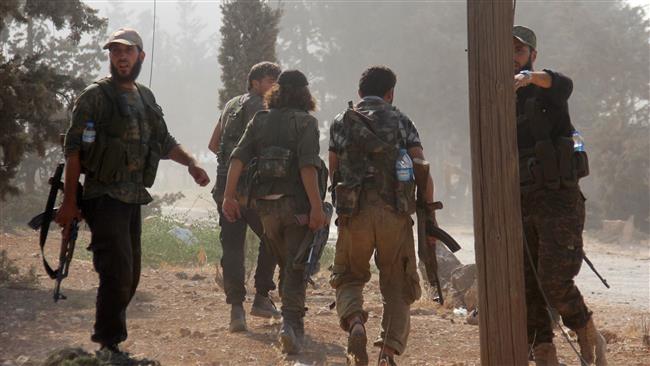 RNA - The meeting took place at the UN headquarters in the Swiss city of Geneva on Wednesday between Moscow’s delegation, comprising unidentified military experts, and that of Washington, led by US Special Envoy for Syria Michael Ratney.

An unnamed Western diplomat said that officials from other countries such as Saudi Arabia and Qatar also joined the Geneva talks. However, Iran and Syria’s warring sides were not invited to the Wednesday’s meeting, the diplomat added.

"The idea is to engage the Russians in a discussion on the issue," the diplomat said before the discussions.

Russian Deputy Foreign Minister Sergei Ryabkov raised the possibility of continuing the negotiations for another day, adding, "Our delegation is ready to stay there as long as necessary to achieve results.”

Making a distinction between the so-called moderate opposition that is enjoying Washington's support and the al-Qaeda-linked Jabhat Fateh al-Sham terrorist group, formerly known as al-Nusra Front, seems to be a complicated task as the militants are intermingled in Aleppo.

The UN and diplomatic sources also put the number of Jabhat Fateh al-Sham terrorists in eastern Aleppo at up to 900 and probably a maximum of 200, respectively.

"They are calling the shots in Aleppo," one unnamed aid official told Reuters.

Also on Wednesday, Russia said that it was extending an upcoming eight-hour ceasefire in Aleppo to 11 hours to allow civilians and militants to leave the city's eastern parts.

Lieutenant-General Sergei Rudskoi, a senior Russian military official, said at a briefing at the Defense Ministry's headquarters in Moscow that the humanitarian pause, which was to run from 0500 GMT to 1300 GMT on Thursday, has been prolonged "by three hours” until 1600 GMT.

Rudskoi also stressed that the extension came after "numerous requests" from the representatives of international aid groups.

The extra time "will allow representatives of the United Nations and the Syrian Red Crescent to carry out all their operations to ensure the evacuation of the sick and wounded, and also to allow peaceful civilians out of the city," he added.

One million Syrians could leave Aleppo for Turkey: Erdogan

In a relevant development on Wednesday, Turkish President Recep Tayyip Erdogan estimated that at least one million Syrian citizens could flee to Turkey in case of an exodus from Aleppo.

“I am sorry but we cannot pay the price for this. Those who are triggering this on purpose must sit at the table with Turkey to discuss this," Erdogan told a meeting with local administrators in Ankara.

The Turkish president further noted that he had discussed with Russian President Vladimir Putin the issue of removing Jabhat Fatah al Sham militants from Aleppo on Tuesday.

"We have issued the necessary instructions to our colleagues. We discussed an agreement on carrying out this study, removing al-Nusra Front from Aleppo and achieving peace for people in Aleppo," he said.

Aleppo has been divided between the government troops and foreign-backed terrorists since 2012. On September 22, the Syrian army launched operations with Russian air cover to reunite the government-held western part and the militant-held eastern section of the city.

Tags: US Syria Russia Aleppo
Short Link rasanews.ir/201mPY
Share
0
Please type in your comments in English.
The comments that contain insults or libel to individuals, ethnicities, or contradictions with the laws of the country and religious teachings will not be disclosed