Thousands protest against PEGIDA in Germany on group’s second anniversary

Rasa - About 8,000 opponents of the anti-Muslim and anti-refugee PEGIDA movement have taken to the streets in eastern Germany to protest against the formation of the far-right group. 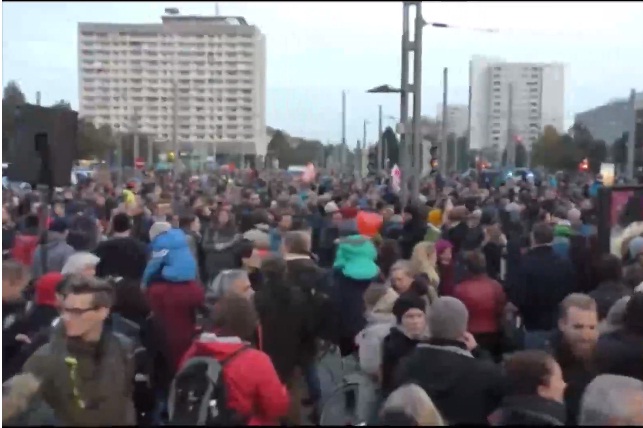 RNA - They held the rally in the eastern city of Dresden on Monday on the second anniversary of the group's foundation.

PEGIDA was caught in a series of scandals that prompted mass resignations among its leaders and its disappearance from the German political scene last year. But, it has made a comeback amid a refugee influx into Europe.

Hundreds of supporters of the far-right group staged a rally in front of the Opera House in Dresden on Sunday to mark the group's second anniversary. The demonstration was met with a counter-protest.

The anti- and pro-PEGIDA protests were separated, with one of them held at the Dresden University and the other at Neustadt Station.

The opposing marchers later merged into one protest with no clashes reported till they finished at the city center.

Germany, one of the most popular destinations for the refugees, registered 890,000 of them between January and December 2015.

The refugees are mostly fleeing conflict-ridden zones in Africa and the Middle East, particularly Syria.

Many blame Western powers—including Western European countries—for the unprecedented exodus of the refugees from their home countries, where they face violence by militants who receive the support of the West in one way or another.

Tags: Muslim germany PEGIDA
Short Link rasanews.ir/201mP9
Share
0
Please type in your comments in English.
The comments that contain insults or libel to individuals, ethnicities, or contradictions with the laws of the country and religious teachings will not be disclosed