Rasa - The Bahraini court that has the ultimate say in appeal requests in the country has ordered a retrial of distinguished Shia opposition cleric Sheikh Ali Salman, who has been sentenced to nine years in jail in a series of previous trials. 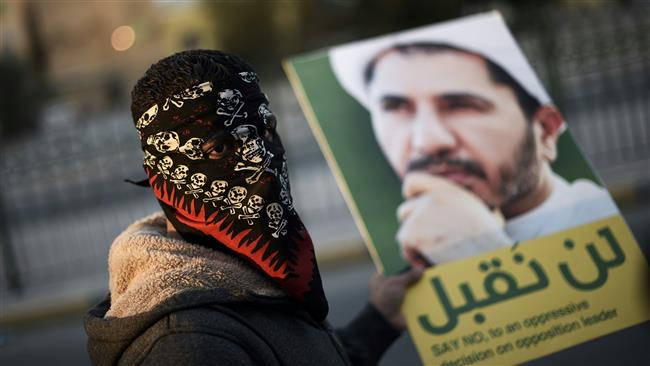 RNA - The Court of Cassation, also known as the Supreme Court of Appeal, issued the ruling on Monday, according to a Bahraini judicial source.

Sheikh Salman was arrested in December 2014 for backing reforms in the country through peaceful means.

He was then sentenced on June 16, 2015 to four years in prison at a trial, which charged him with “publicly insulting the Interior Ministry” and “publicly inciting others to disobey the law” through his speeches. Amnesty International described that trial as “unfair.”

After appealing the verdict, the Supreme Court of Appeal increased Salman’s prison sentence to nine years in May on charges of inciting violence and calling for anti-regime demonstrations.

Bahrain, a close ally of the US in the Persian Gulf region, has been witnessing almost daily protests against the ruling Al Khalifah dynasty since mid-February 2011.

Salman headed the al-Wefaq opposition group, which was Bahrain’s largest parliamentary bloc before it was dissolved by the Manama regime.

The crackdown on al-Wefaq has drawn criticism from the United Nations (UN)’s chief Ban Ki-moon and rights groups.

Manama’s heavy-handed crackdown on demonstrations, aided by Saudi Arabia and the Emirates, has left scores of people dead and hundreds others injured.

Tags: Ali Salman bahrain
Short Link rasanews.ir/201mOm
Share
0
Please type in your comments in English.
The comments that contain insults or libel to individuals, ethnicities, or contradictions with the laws of the country and religious teachings will not be disclosed