Iran’s Top Judge Laments Lack of US Commitment to JCPOA

Rasa - Iranian Judiciary Chief Ayatollah Sadeq Amoli Larijani lashed out at the US government for the failure to honor its commitments under the Joint Comprehensive Plan of Action (JCPOA), a nuclear agreement between Tehran and six world countries. 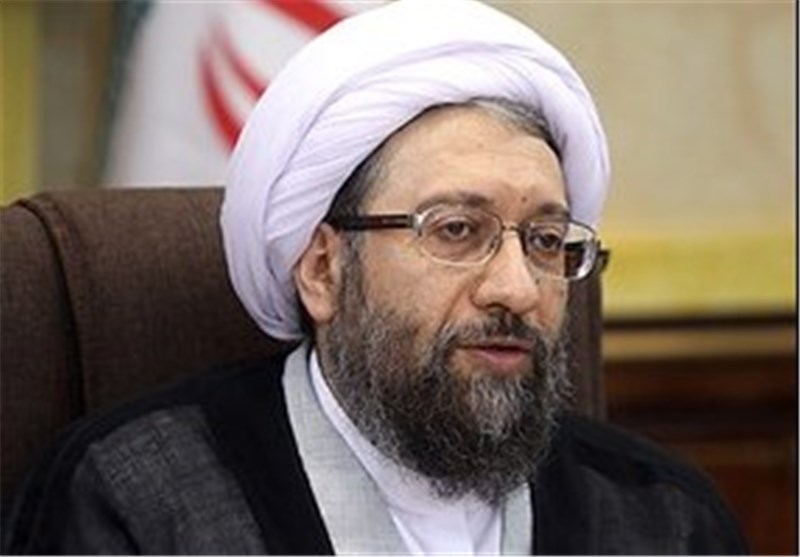 RNA - Addressing a meeting of high-ranking judiciary officials in Tehran on Monday, Ayatollah Amoli Larijani said Washington is abdicating responsibility in honoring the JCPOA commitments on the pretext that it has already fulfilled its undertakings.

There were fears in the course of nuclear negotiations that the US could keep the anti-Iran sanctions in place with new justifications, he noted, adding that the White House did exactly what the Iranian team of negotiators had explained as an unlikely scenario.

Such breach of the deal by the US demonstrates that American politicians are deceitful, do not care about the moral principles and just think about their personal interests, Ayatollah Amoli Larijani deplored.

In September, Iran’s Foreign Minister Mohammad Javad Zarif said he has never been optimistic about the US genuine desire to honor its commitments, and that is why the country’s diplomats discussed everything in detail during the nuclear negotiations with the Group 5+1 (Russia, China, the US, Britain, France and Germany), which resulted in the JCPOA.

Zarif explained that Iran entered the nuclear negotiations on the basis of “pessimism about the US”, saying it was proved later that such distrust was not unreasonable.

While many consider the JCPOA a major breakthrough in the improvement of ties between Iran and the West, Leader of the Islamic Revolution Ayatollah Seyed Ali Khamenei has made it clear that Tehran’s policy toward the US will remain unchanged regardless of the nuclear deal.

The accord took effect in January and was supposed to terminate all nuclear-related sanctions against Iran all at once, but its implementation has been hampered mainly due to US policies.

Tags: US JCPOA Larijani Amoli
Short Link rasanews.ir/201mOc
Share
0
Please type in your comments in English.
The comments that contain insults or libel to individuals, ethnicities, or contradictions with the laws of the country and religious teachings will not be disclosed