Rasa - A 7-year-old boy of Pakistani origin was beaten by five students on a school bus in an alleged hate attack in North Carolina last Friday, on Oct. 7. 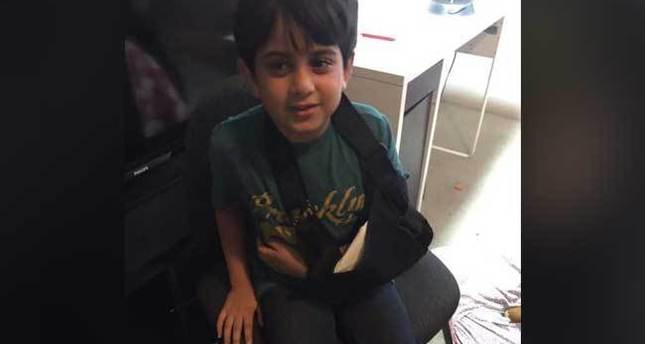 RNA - A 7-year-old boy of Pakistani origin was beaten by five students on a school bus in an alleged hate attack in North Carolina last Friday, on Oct. 7.

Abdul Usmani was attacked by 6 and 7–year-old kids on the ride home from Weatherstone Elementary School in Cary, North Carolina, his father, Dr. Zeeshan-ul-hassan Usmani, said, adding that his son is now traumatized and has a sprained arm.

Usmani said the kids shouted racial slurs while kicking and punching his son all the way from school to home.

He told BuzzFeed News that his wife and three sons have decided to leave the U.S. for Pakistan after this latest incident, which is one in a long history of discrimination towards his children and family.

"These are 6 and 7-year-old kids calling him names, with one kid punching him in the face, while two other kids attacked him, kicked him, and held his arms back," Usmani said.

He also shared a photo of his son injured following the attack with a caption reading "Welcome to the United States of America of Donald Trump. He is in grade 1, bullied and beaten by his own classmates in school bus for being a Muslim."

Tags: Pakistan North Carolina
Short Link rasanews.ir/201mOM
Share
0
Please type in your comments in English.
The comments that contain insults or libel to individuals, ethnicities, or contradictions with the laws of the country and religious teachings will not be disclosed