Rasa - France’s ex-president Nicolas Sarkozy has vowed to completely ban Muslim headscarves if he wins in his bid to retake office next year. 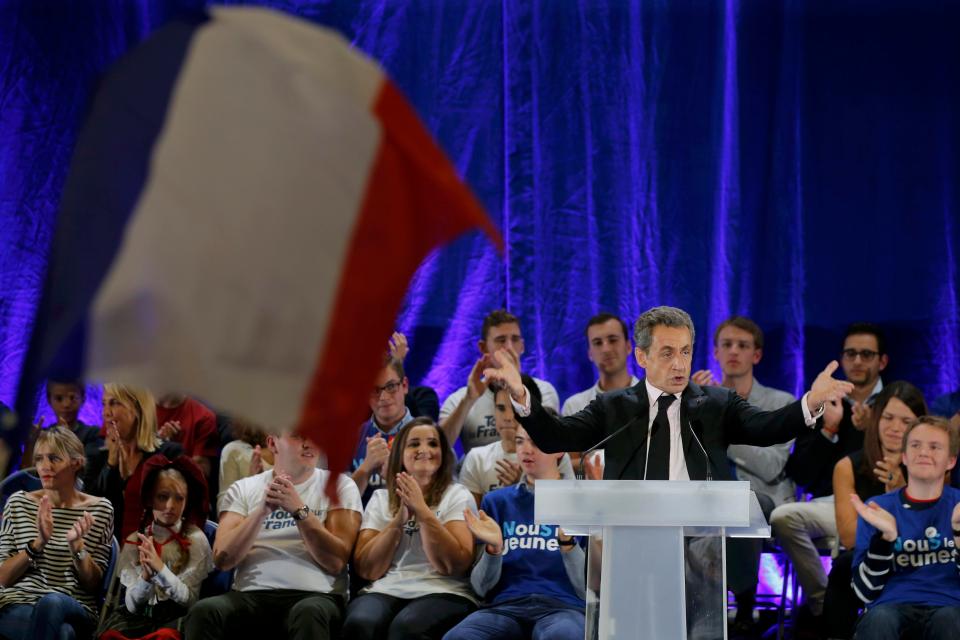 “On French soil, we don’t accept inequalities between men and women”, he told a French radio station.

When asked if he would legislate for an overall ban on Muslim headscarves being worn in public, he said: “Exactly”.

France is in the grip of division over the Burkini — the Islam-compliant item of swimwear that covers a woman’s head and body.

Several seaside towns including the A-list resort of Cannes have banned Burkinis from being worn on their beaches, but their decision has been challenged in the courts.

Sarkozy, 61, told a presenter on Radio Classique: “No headscarves, no burkinis, no specific swimming times at the public pools, and strict equality when it comes to the rights and of men and women — that is the French republic.

“We have a national identity, a way of life. There are countries in the world where women can’t drive.

“If you want to live there you can go live there. In the Republic of France, we do not accept that.”

But advisers close to Mr Sarkozy have downplayed his comments.

A spokesperson told France’s L’Express daily: “We are still working on the burkini, not the headscarf.

“There is a media frenzy about this, but let there be no ambiguity.”

A poll by Harris Interactive showed a two-point lead in favour of mild-mannered Juppe over the former president in the first round of the party’s primary, growing to a six-point lead in the second round.

Primary elections will take place in November to decide the parties’ nominees ahead of the overall election next April.

Tags: Sakozy Muslim Hijab Headscarf
Short Link rasanews.ir/201mMw
Share
0
Please type in your comments in English.
The comments that contain insults or libel to individuals, ethnicities, or contradictions with the laws of the country and religious teachings will not be disclosed