Rasa - A Police chief in Alabama faces scrutiny after a Muslim rights organization called him out for his Facebook activity. 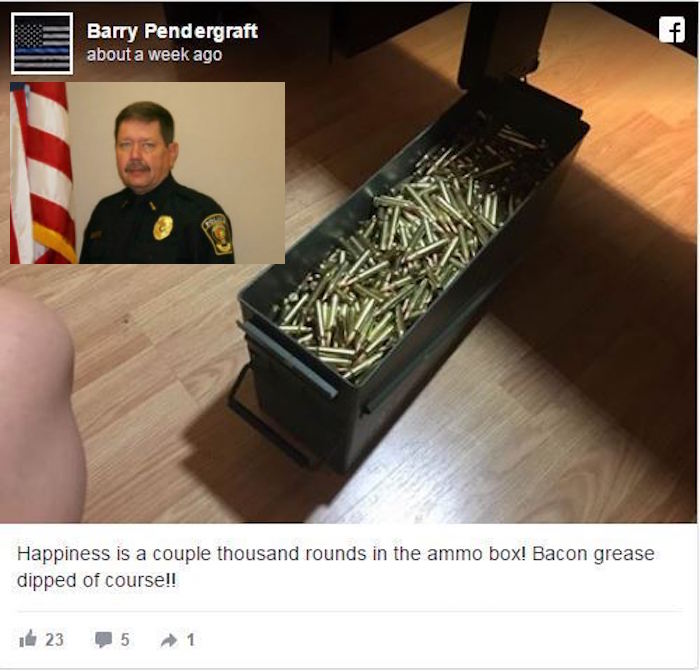 RNA - A Police chief in Alabama faces scrutiny after a Muslim rights organization called him out for his Facebook activity.

The Alabama chapter of Council on American-Islamic Relations is asking federal authorities to investigate "anti-Muslim bigotry expressed" on social media posts allegedly made by the Gurley Police chief last month.

On Sept. 23, Pendergraft posted a video of himself loading the bullets with the text, "100 more bacon grease covered bullets in the box! This relaxes me so!!"

On Sept. 27, Pendergraft uploaded a picture of a box filled with the ammunition. He posted, "Happiness is a couple thousand rounds in the ammo box! Bacon grease dipped of course!!"

As of Saturday morning, Pendergraft switched his Facebook page from public to private.

CAIR Executive Director Khaula Hadeed said the chief's posts support a false belief that Muslims cannot go to heaven if they are shot by the bullets. The Quran forbids Muslims from eating pork because pigs are considered unclean.

"We call on state and federal authorities to investigate whether the evident anti-Muslim bigotry expressed by Chief Pendergraft is acceptable for someone in his position, who is obligated to provide all citizens, regardless of faith or ethnicity, equal and fair treatment," Hadeed said

Gurley Mayor Robert Sentell was unaware about the situation until AL.com called him Friday afternoon. He said he will investigate the chief's posts.

Tags: Muslim CAIR Islam
Short Link rasanews.ir/201mM9
Share
0
Please type in your comments in English.
The comments that contain insults or libel to individuals, ethnicities, or contradictions with the laws of the country and religious teachings will not be disclosed