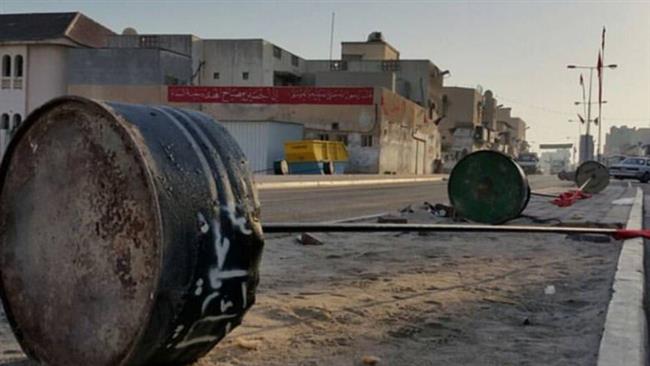 RNA – On Saturday, the forces attacked nine areas across the island country, destroying flags, placards, and other symbols of mourning used by the Bahraini Shi’a minority to commemorate the martyrdom of the third Shi’a Imam, Imam Husayn, which is mourned on the tenth day of the month.

The attacks were followed by clashes in some areas between the outraged public and the regime forces.

The forces have been targeting Muharram religious rituals since the past week with 35 attacks. On one occasion, they rounded up and investigated the heads of mourning circles in al-Dayr Village in the country’s northeast.

People in Bahrain have already been protesting since February 14, 2011, demanding an end to the rule of the Al Khalifah dynasty.

People maintain that they will hold their ground until their demands for freedom, constitutional monarchy, and proportional representation in the government are met.

Bahraini forces have been cracking down on the anti-regime protests with the help of Saudi and Emirati troops. Scores of people have been killed and many others gone missing since the beginning of the suppressive push.

Manama has been taking such moves against rights advocates in order to prevent them from participating in overseas rights activism since several months ago.

Tags: Bahraini Revolution Al-Wefaq Bahrain Islamic Society Bahraini Scholar bahrain
Short Link rasanews.ir/201mLG
Share
0
Please type in your comments in English.
The comments that contain insults or libel to individuals, ethnicities, or contradictions with the laws of the country and religious teachings will not be disclosed