Rasa - A group of lawmakers in the US Congress has called on the administration of President Barack Obama to oppose Iran’s efforts to join the World Trade Organization (WTO). 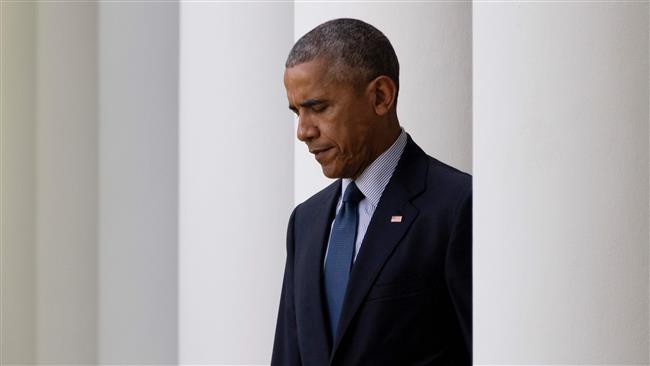 RNA - In a letter sent on Thursday to US Trade Representative Michael Froman, the four lawmakers from the US House of Representatives claimed that the WTO rules would constrain any future efforts to impose sanctions on Tehran.

They also voiced concern that Iran’s membership in the international group could complicate the US ability to combat Tehran’s missile program.

Iran applied for WTO membership in 1996 but its application was vetoed by the US. In 2005, Washington agreed to allow a limited membership for Iran in the organization as part of a possible nuclear deal.

A nuclear accord was signed in July 2015 between Iran and the six major world powers, namely Russia, China, France, Britain, the US and Germany.

The deal imposes some restrictions on Iran’s nuclear activities in exchange for the lifting of US, European Union and United Nations sanctions.

The four House lawmakers, Republican Representatives Peter Roskam of Illinois and Dave Reichert of Washington, as well as Democratic Representatives Juan Vargas of California and Grace Meng of New York, were opposed to the nuclear deal.

Iranian officials have said time and again that the conditions created after the nuclear deal would make it necessary to speed up efforts to join the WTO.

Since the nuclear agreement, countries such as Switzerland and Oman have pressed for forming a special committee of the WTO to address Iran’s request of entering the world trade body.

“The WTO accession process is based on consensus, and as of now, there are a number of countries that oppose appointing a chair to Iran’s working party on accession,” the official said, describing the process involved in joining. “The US  also does not currently support naming a chair.”

Tags: US Iran Obama
Short Link rasanews.ir/201mL1
Share
0
Please type in your comments in English.
The comments that contain insults or libel to individuals, ethnicities, or contradictions with the laws of the country and religious teachings will not be disclosed