Rasa - Saudi Arabia has dismissed a request by the United Nations High Commissioner for Human Rights to launch an independent inquiry into possible Saudi war crimes in Yemen. 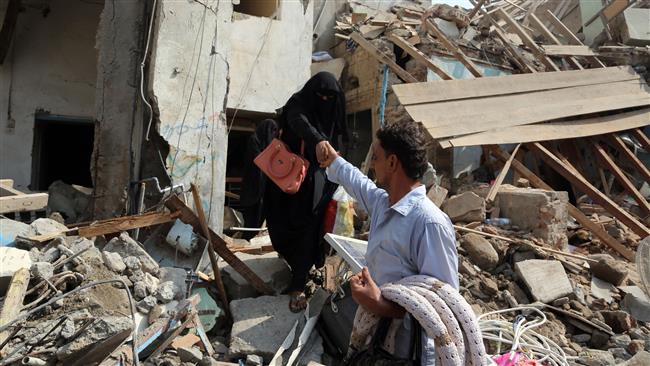 RNA - On Wednesday, Adel Bin Zayd al-Tarifi, the Saudi minister of culture and media, rejected the demand by Zeid Ra’ad al-Hussein, claiming that Riyadh had already agreed to the investigatory work by Yemeni National Commission of Inquiry, which is a body that reports to Abd Rabbuh Mansur Hadi, a Saudi ally who used to be Yemen’s president before he resigned.

Al-Hussein, along with a number of EU states, had demanded an international inquiry into Saudi rights violations in Yemen.

However, on Thursday, the 47-member UN rights council adopted a resolution that asks the UN to provide “substantive technical assistance and advice, including in the areas of accountability and legal support.”

The resolution calls on the UN to instruct its investigators “to complement the investigatory work of the national commission” while documenting human rights abuses by all sides in Yemen.

Saudi Arabia has been carrying out a military campaign against Yemen since March 2015 to restore power to Hadi.

The UN said in late August that more than 10,000 people had lost their lives since last March until then. According to the world body, Saudi airstrikes are to blame for 60 percent of civilian deaths in the country.

Saudi fighter jets bombarded the Manbah and Sahar districts in the northwestern province of Sa’ada, killing two civilians and injuring several others.

Elsewhere, in the southwestern province of Ta’izz, a woman sustained injuries as Saudi jets attacked a farm.

Three people were also killed and three others wounded after Saudi warplanes targeted a vehicle belonging to a member of the Popular Committee in Jawf Province.

The Yemeni Popular Committees and allied army units have been fighting the Saudi invaders back.

Tags: Yemen UN Saudi
Short Link rasanews.ir/201mKJ
Share
0
Please type in your comments in English.
The comments that contain insults or libel to individuals, ethnicities, or contradictions with the laws of the country and religious teachings will not be disclosed