Rasa – Ayatollah Khamenei called on the Iranian Law Enforcement Force to constantly boost capabilities and match them to rapid advances in science and technology. 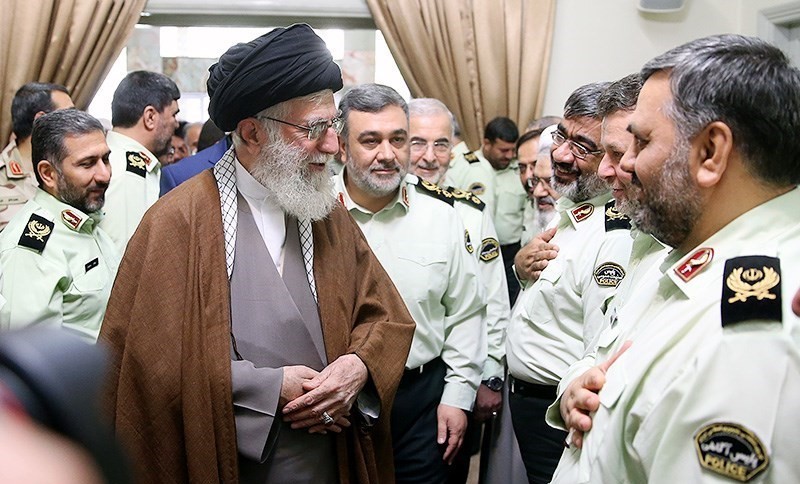 RNA – In a meeting with high-ranking police commanders and officials in Tehran on Tuesday, the Supreme Leader of the Islamic Revolution, Ayatollah Sayyed Ali Khamenei, urged efforts to “enhance the readiness and update the capabilities” of police forces considering the rapid scientific and technological progress in the world.

The gathering was held on the occasion of Iranian Law Enforcement Force Day.

Ayatollah Khamenei further hailed police forces as a pillar of security in the country, stressing that security is the origin of personal peace of mind as well as public and social calmness.

The Leader also called on the police staff to strengthen their resolve, faith, motive and morale in a constant manner.

Iran’s Police Force is in charge of ensuring security in the cities, on the roads and along the borders.

It has a broad range of responsibilities and includes several divisions, including cyber police, border guard police, traffic police, criminal investigation department, and a bureau for compulsory military service affairs.

Tags: Law Enforcement Police Khamenei Iran police Ayatollah Khamenei Islamic Republic of Iran
Short Link rasanews.ir/201mJu
Share
0
Please type in your comments in English.
The comments that contain insults or libel to individuals, ethnicities, or contradictions with the laws of the country and religious teachings will not be disclosed