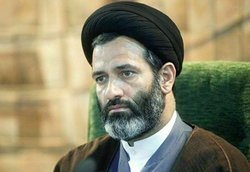 In this regard, the member of the Industries and Mines Commission of the Islamic ‎Consultative Assembly said, “The requirements for the Statement on the Second Step of ‎the Islamic Revolution include being a servant, being pure, doing jihadi work, standing ‎against the arrogant powers, not being afraid of the enemies, standing up for the ‎values of the Islamic Revolution, giving the field to the youth, the participation of the ‎people’s in the affairs of the country in the true sense of the word and the transparency ‎in the performance of officials.”‎

Hujjat al-Islam Hoseynikia called the coexistence of officials and the people one of the ‎demands of the Statement on the Second Step of the Islamic Revolution and stated, ‎‎“Being alongside the people must be such that the people don’t feel any distance in this ‎direction, that is, they consider the officials to be of their own kind.”‎

The representative of the people of Sonqor and Kolayaei (in Kermanshah province) ‎considered the demand as the first demand of the people’s right and stated, “The ‎people should present their demands in the form of meetings that they can have with ‎the officials and representatives and ask them the reason for not implementing the ‎programs.” ‎

Coronavirus: The reality vs propaganda