Rasa - The US government promotes itself as a human rights beacon, and based on that standing, has a lot of leverage in international forums to promote human rights. 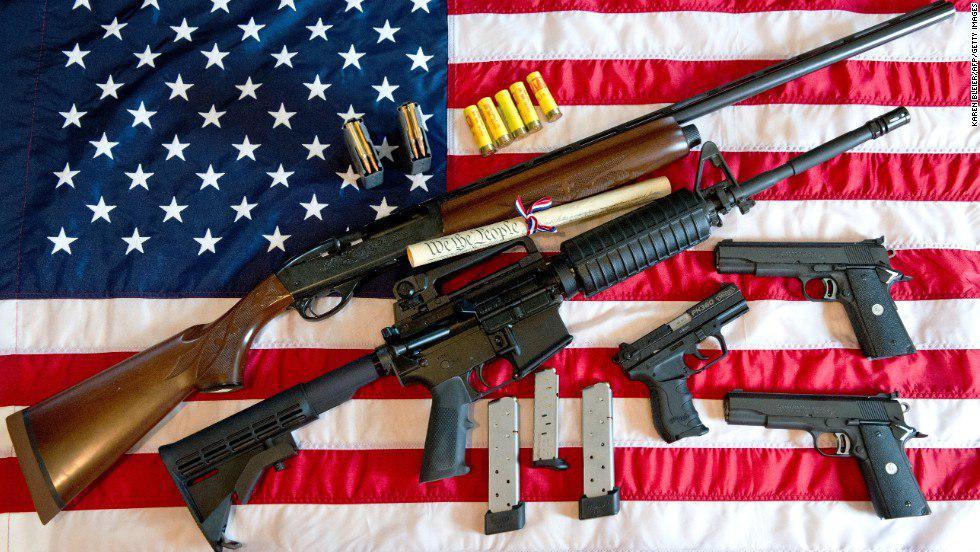 RNA - But, from the beginning of the modern human rights era, the US has had serious human rights concerns and it does not want to be held accountable. Meaning, it’s so hard these days for the Trump White House to defend its track records when it comes to the notion of human rights at home and abroad.

For instance, in a bid to avoid complying with the consequences of previously-signed international treaties, the US government has outright withdrawn from multiple agreements this week. This included the 1955 Treaty of Amity with Iran on Wednesday, and the 1961 Optional Protocol to the Vienna Convention on Diplomatic Relations, Concerning the Compulsory Settlement of Disputes.

The 1955 Treaty of Amity was a treaty signed by the US and Iran after the 1953 CIA coup the toppled the elected government of Mohammad Mosaddegh and restored to power American puppet Mohammad Reza Shah Pahlavi. The treaty was cited in an Iranian lawsuit aiming to prevent parts of US sanctions being enforced, and Iran won that lawsuit on Wednesday, October 3, at the International Court of Justice.

It is unclear if the 1955 treaty was really that big of a part of the court ruling, which merely said the US has to exempt humanitarian goods from the sanctions. The US decision to withdraw from the treaty will, however, likely be used to claim the ruling doesn’t apply anymore.

The Vienna Convention, by contrast, is a far-reaching diplomatic agreement, which the US was an early signatory of. The protocol the US withdrew from on Tuesday was one in which disputes between nations are to be resolved peacefully on the international stage. Trump officials aren’t keen on that, because it might require them to settle disputes instead of just endlessly escalating them with new sanctions and other measures like warrs. The Palestinians are seeking redress of disputes with the US centering on the illegal relocation of the US Embassy to Jerusalem Al-Quds as well.

The State of Palestine signed the protocol earlier this year, but the pro-Israel US doesn’t recognize them as a state, and considers them to have no rights to resolve such disputes in international courts. For those who are still confused, this is not about Iran or any other state trying to politicize the International Court of Justice, as claimed by Washington officials. The problem is that the Trump administration officials view the court and other international treaties as ineffective. Simply put, they are moving away from complying with ICJ rulings in general and international rules and treaties in particular. This is not surprising:

The US is the only country not to have signed the UN Convention on the Rights of the Child. It has become the norm after President Donald Trump enacted a “zero tolerance” policy for unauthorized border crossings in January, calling for undocumented migrant families to be separated. Now the United Nations is calling on the US to end this approach as well, arguing that it represents an ongoing human rights violation.

“The US should immediately halt this practice,” Ravina Shamdasani, spokesperson for the UN human rights agency, OHCHR, said in a statement. “The practice of separating families amounts to arbitrary and unlawful interference in family life, and is a serious violation of the rights of the child.”

Misconducts as such demonstrated in the United States are breathtaking by any standard. The Trump administration has even imposed travel ban on Muslims, making it impossible for families to visit their relatives in the US on the ground that they come from places like Iran, Syria and Yemen that the US is not in good terms with. The abuse that takes place in America against Muslim rights by government officials and agencies is equally reprehensible and inhumane.

To better understand what other issues can be addressed, here are some of the unjust practices and legal outcomes Americans need to consider when thinking of or boasting about their country’s human rights record.

According to Fars News Agancy, some 5,500 detainees work in Americans' immigration detention centers for a dollar or less, according to a report by the New York Times. Some of these immigrants earn no money at all. Last year, more than 60,000 detainees worked in detention centers across the country. The cheap labour, 13 cents an hour, saves the government and the private companies $40 million or more a year by allowing them to avoid paying outside contractors the $7.25 federal minimum wage.

“Some immigrants held at county jails work for free, or are paid with sodas or candy bars, while also providing services like meal preparation for other government institutions,” the paper reports.

The US, as a state party to the UN and international treaties, is under an obligation to guarantee equality between citizens and non-citizens in the enjoyment of these rights to the extent recognized under international law, and that differential treatment based on citizenship or immigration status will constitute discrimination. Obviously, this is not happening as well.

All this dirty laundry and more, however, shines a light on America’s troubling civil rights record and inconsistent legal system at home and its huge human rights violations across the globe. Unfortunately, the US has not faced serious punishment failing to abide by the UN conventions and international treaties to become yet another example of the practice of double-standards at the UN, but the embarrassment from showcasing America’s worst injustices and abuses on a world stage could be quite damaging.

Tags: US Human rights
Short Link rasanews.ir/201qh7
Share
0
Please type in your comments in English.
The comments that contain insults or libel to individuals, ethnicities, or contradictions with the laws of the country and religious teachings will not be disclosed