Rasa - A senior commander of Iraq's Popular Mobilization Units (PMU) has said now that Daesh has been defeated in the country there is no need for the presence of US troops. 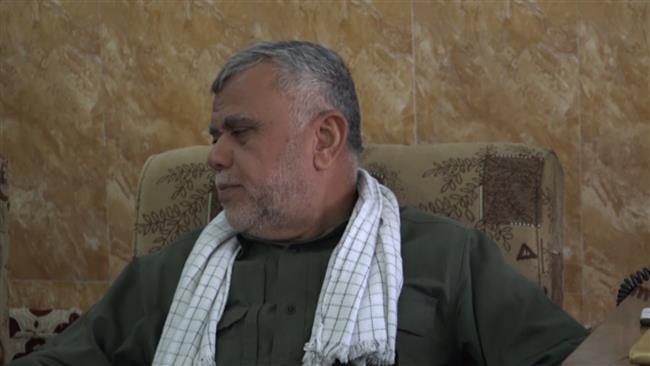 RNA - Senior commander of Iraq's Popular Mobilization Units (PMU) Hadi al-Ameri called on the Iraqi government to announce the actual number of US troops present in the country.

"We are told that the presence of US forces in Iraq is on the request of the government in Baghdad. We are yet to get a clear statement from the government regarding the number of US troops which is said to be a large number," he added.

Ameri stressed in an interview with Press TV that the PMU will not permit foreign interference in the country's affairs.

"Therefore, our hope is that the government announces the number of American troops which it demands to be in Iraq and the others be asked to leave," he noted.

The US first deployed forces to Iraq in 2003 under the banner of war on terror two years after invading Afghanistan under the same pretext. The deployment was followed by rampant violence and chaos, which set the stage for the emergence of Daesh in 2014.

Washington then mobilized scores of its allies in another mission to purportedly root out the terrorists. The US-led coalition, however, was suspiciously slow in progress, while its airstrikes against purported terrorist positions led to heavy civilian casualties and damage to Iraqi infrastructure.

The volunteer forces helping the Iraqi army said on numerous occasions that they have documented evidence showing Washington provides the Daesh terrorists with weapons and military support.

On Friday, NATO agreed to deploy a larger military mission to Iraq after the US urged the Western military alliance to look into a long-term stay in the Arab country only after the defeat of the Daesh terror group there.

Daesh unleashed a campaign of death and destruction in Iraq in 2014, overrunning vast swathes in lightning attacks. Iraqi army soldiers and allied fighters then launched operations to eliminate the terrorist group and retake lost territory.

The PMU, also known as the Hashd al-Sha’abi, is an Iraqi state-sponsored umbrella organization composed of some 40 groups, which are mainly Shia Muslims. The force reportedly numbers more than 100,000 fighters. Iraqi authorities say there are between 25,000 and 30,000 Sunni tribal fighters within its ranks in addition to Kurdish Izadi and Christian units.

Tags: Hashd US Iraq
Short Link rasanews.ir/201pYi
Share
0
Please type in your comments in English.
The comments that contain insults or libel to individuals, ethnicities, or contradictions with the laws of the country and religious teachings will not be disclosed