US and Company Won’t Help to Rebuild Iraq – What Next?

Rasa - While Baghdad says more than $100 billion is needed to rebuild the immeasurable damage the United States inflicted on Iraq, Washington insists it can only offer just about $3 billion in loans, loan guarantees and insurance funds to American firms investing in the war-torn country! 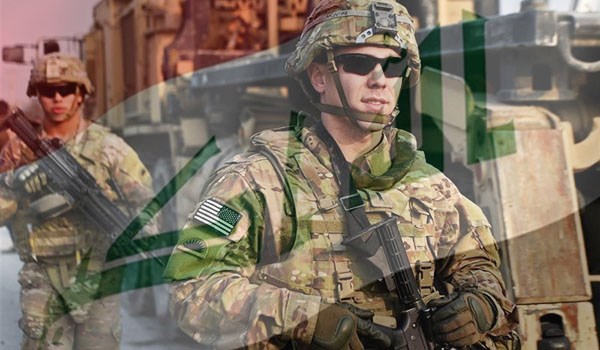 RNA - The offer came at the donor conference for the “post-ISIL reconstruction” of Iraq which just ended in Kuwait. There, US Secretary of State Rex Tillerson talked about Iraqi corruption and insecurity, which he claimed had to be tackled for rebuilding investments to be feasible. He said nothing about donations or reparations for the immeasurable damage the US and its allies inflicted on Iraq since the first Persian Gulf War in 1991, let alone since their illegal invasion in 2003.

The US “aid” offered by Tillerson is a financial package from the US Export-Import Bank in the amount of $3 billion in loans, loan guarantees, and insurance funds to American firms investing in Iraq. This amounts to far less than the totality of Iraq’s needs as estimated at this moment. Worse still, there are many strings attached and this shouldn’t surprise anyone:

- After Saddam’s fall in 2003, the US apparently promised some $20 billion in reconstruction money in the form of credit against Iraq’s future oil revenues. This never materialized despite further pledges. Far from it, the illegal US occupation of the country and drone war paved the way for emergence of the terrorist group of ISIL with even more devastating consequences for Iraqi people. Sadly, there is no reason to assume this time it will be any different.

- The US government is not the only hypocrite in this matter. The overwhelming majority of the reconstruction pledges concerns credit and investments by NATO allies as well. The only exception seems to be the nearly half a billion in donations from the European Union. This is insulting, because the US-NATO coalition had no trouble spending untold billions on the destruction of Iraq and murdering its people, but cannot afford to help the surviving families rebuild their country.

- There will also be far less contributions from Iraq’s Arab neighbours – if anything - and if there’s any, there will be many strings attached. Such as Iraq cutting ties with Iran which helped dislodge the terrorist group of ISIL from the country. Just like Europe, these not so caring neighbours enthusiastically joined the unholy US coalition in 2003 to bomb Iraq, gain more importance in NATO, later train and fund the proxy militants of ISIL in field conditions, and benefit from America’s “Shock and Awe” doctrine and regime change.

In the prevailing environment, it should be kept in mind that Western-Arab donations and initial reconstruction efforts are indeed insufficient and unacceptable. The regime changers should be held to account for turning Iraq into ruins and they should pay for it. They cannot expect others such as Iran, Russia and China to step in and fill the gap. These nations are not beneficiaries of the US and its endless wars. They never funded and armed terrorist groups, and they never invaded Iraq to exploit its destruction and partition for their regional, sectarian, and political purposes.

The reality is that the United States and its NATO-Arab allies are responsible for turning Iraq into a failed state. The staggering devastation of the country requires international response, otherwise it will remain a breeding ground for new brands of terrorist groups and extremist outfits. The US-led military operations and indiscriminate airstrikes destroyed many cities and towns, including tens of thousands of houses, hospitals, bridges, and dams, as well as public buildings and schools. The country was already neglected by the US-led coalition after 2003, and now it is witnessing difficult circumstances after the defeat of ISIL.

It is time for the United Nations to call on the US government and its NATO-Arab allies to cooperate with the international community to help reconstruct post-ISIL Iraq and not to undervalue their previous and ongoing destruction and devastation. The nation requires large sums of money, and it shouldn’t be abandoned, as reconstruction is an essential and positive step for the return of its displaced people and refugees.

To that end, Iraq needs about $100 billion to insure the reconstruction of areas destroyed by the US-led coalition and later recaptured from ISIL, including Mosul, Tikrit, and Ramadi. Baghdad will not be able to afford the reconstruction of these cities without international efforts and aid. Even the United Nations agrees. The word body acknowledges the significant challenges facing Iraq in the future, including massive destruction and widespread contamination of improvised explosive devices left behind Washington and company.

This is a confirmation of the international community's support for Iraq in overcoming its US-instigated crisis. In this respect, the United States and its NATO-Arab partners - the main perpetrators behind the crisis - need to get on board as well. Under International Law, they are required to show their desire in practice to help reconstruct Iraq by providing financial aid, without determining the method of spending such aid, and insuring there are no regional or political strings attached. They are no way allowed to make decisions for a sovereign state.

Tags: US Iraq
Short Link rasanews.ir/201pYC
Share
0
Please type in your comments in English.
The comments that contain insults or libel to individuals, ethnicities, or contradictions with the laws of the country and religious teachings will not be disclosed