Russia Registers Movement of Militants, Weapons from Turkey to Syria

Rasa - Russia has registered the movement of the members of illegal armed units and weapons from Turkey to Syria, head of the Russian delegation at the talks on Syria in Astana and Russian president's special envoy for Syria Alexander Lavrentyev said. 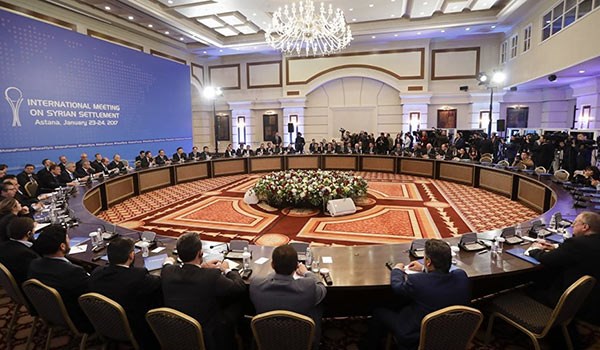 RNA - "We also register movements from Turkish territory to the territory of Syria by members of illegal armed units… different cargoes, ammunition and armaments. We are conducting relevant work with the Turkish authorities to make them closely monitor that illegal flow of armaments for militants, which are delivered to the Syrian territory," Lavrentyev told Sputnik.

Moscow works with Ankara to address these issues, he added.

On Thursday, head of the Syrian government delegation Bashar Jafari accused Turkey of violating the Syrian sovereignty and called on Ankara to close its borders for terrorists trying to enter Syria.

Many armed opposition groups in Syria, including those being part of the Southern Front, want to join the ceasefire regime, the head of the Russian delegation at Astana talks on Syria said.

"A few dozens of armed groups, including those operating as part of the Southern Front, really want to join the process of hostilities cessation and express their readiness to sign the agreements. If this happens, it would really be a step forward," Lavrentyev said.

Russia and Turkey are guarantors of a nationwide Syrian ceasefire that came into force on December 30, and has been holding up in general, despite continued reports of violations. The UN Security Council passed a resolution in December supporting the effort.

Tags: Turkey Terrorist Syria
Short Link rasanews.ir/201nCn
Share
0
Please type in your comments in English.
The comments that contain insults or libel to individuals, ethnicities, or contradictions with the laws of the country and religious teachings will not be disclosed