Iran’s problems are the result of poor management

Rasa – Hujjat al-Islam Shahristani said that we must recognize that our weak points are the result of poor management and said, “We always think about ourselves and not others and added that if we protect our strengths and value it, we can make great strides.” 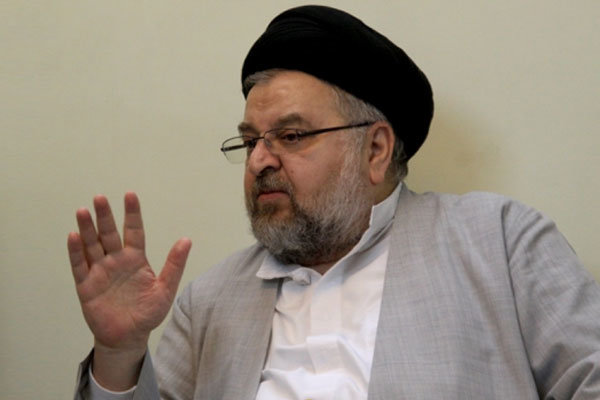 RNA – In a meeting with members of Rasa News Agency, Hujjat al-Islam Sayyid Jawad al-Shahristani, the representative of Grand Ayatollah Sayyid Ali al-Sistani in Iran, referred to the importance of the mission of journalists in the world, saying that this is because we have seen that the enemies are attempting to penetrate into Iran through the use of the media.

The Iraqi cleric added that the enemies have tried to harm Iran through various means, sometimes they attempt to influence Iran through intellectual means and sometimes through other means. “It has been reported that the price of the damages caused by Takfiri terrorism throughout the world has reached $14.3 trillion,” he said.

He explained that the damages of one year of terrorist activities is equal to the amount of the country’s budget for several years and added that the enemies have inflicted such damages against us and the media should act in accordance with their mission and fulfill their duties.

Hujjat al-Islam Shahristani that we must accept that we are very weak in certain areas. “Sometimes we feel that the world is only Iran, Iraq and Syria, while these countries are not the entire world. Have we been engaging in propagation for the Spanish-speakers of the world or working in Indonesia in the current era?” he noted.

Ayatollah al-Sistani’s representative said the weaknesses that exist in the society are in management and added, “We can do perform the work but unfortunately we have not made any moves toward accomplishing the work. In some countries, such as Malaysia, they have earned $40 billion from palm oil. When I came to Iran [in 1976], Iran’s oil revenue was $40 billion. The meaning of management is to create opportunities from nothing.”

He that Iran has the skills and capabilities but the enemies have led us to believe that we do not have such capabilities. Meanwhile, 43% of NASA scientists are Iranians.

Hujjat al-Islam Shahristani added that we must recognize that our weak points are the result of poor management and said, “We always think about ourselves and not others and added that if we protect our strengths and value it, we can make great strides.”

In conclusion, he said, it is natural for there to be differences in opinion but this should not lead to tension or conflict and added, “While there are differences among us, we can live together peacefully and to respect the opinion of other people.”

Tags: Shahristani Economics Iran Management Islamic management Sistani Ayatollah Sistani Islamic Republic of Iran Economy al-Sistani Iranian Government
Short Link rasanews.ir/201mRG
Share
0
Please type in your comments in English.
The comments that contain insults or libel to individuals, ethnicities, or contradictions with the laws of the country and religious teachings will not be disclosed